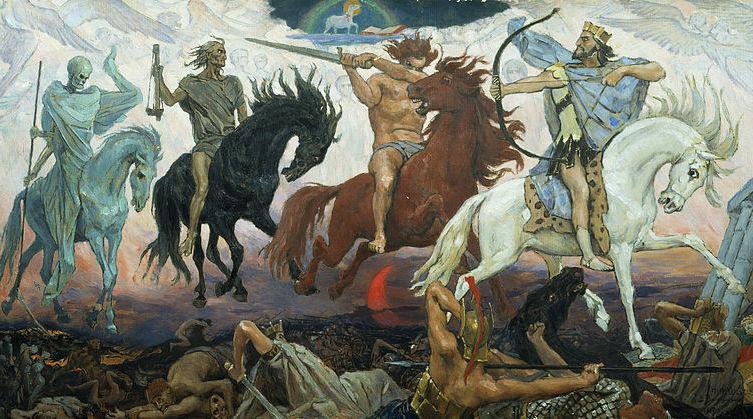 Based on the texts of ancient sacred books, such as the Bible, the Torah and others, the researchers came to the conclusion that they contain prophecies in which they talk about forthcoming events and for 2017, there are frightening predictions.

Rabbi Ephraim Spreacher, Dean of the Faculty of Yeshiva (the highest Talmudic school), using the Kabbalah methodology, conducted his study, compared texts of sacred books including the Torah and the Bible and the calendar and determined the time for the arrival of the Messiah and the end of the world.

Kabbalah is a religious-mystical and esoteric current in Judaism, which appeared in the 12th century and spread in the 16th century. Esoteric Kabbalah is a tradition and claims a secret knowledge of the divine revelation contained in the Torah.

Kabbalah is associated with the comprehension of the creator and creation, the role and goals of the creator, the nature of man, the meaning of existence.

Now it’s 2017, and according to the Jewish calendar, 5777 is now over. In Kabbalah, each year has a corresponding verse in the Torah. Each specific verse describes a particular year.

But the most interesting is that 5777, this is now 2017 and it does not bode well, because it is this year that the death of the Earth and mankind can begin.

Efraim Spreacher, gives examples of the comparison of verses and real historical events, which indicate the exact coincidence of the verse prophecies with the events that occurred in the specified years.

1. The Second World War began in 1939, according to the European calendar or in 5699 according to Jewish chronology. The 5699th verse in the Torah reads:

“Sulfur and salt, conflagration – the whole earth, it is not sown and does not grow, and no grass comes out on it”

“And the Lord your God will bring you to the land which your fathers possessed, and you will have it for possession, and will give you favor and multiply you more than your fathers.”

4. 5727 verse corresponding to the period 1967-1968 and it described the unexpected victory of Israel in the Six Day War:

“The Lord your God Himself will go before you, he will destroy these nations from your presence, and you will master them”

“For the fire is kindled in mine anger, it burns to the lowest hell, and the earth and its products are consumed, and the foundations of the mountains are pierced”

The 5777th year is coming to an end and soon we will see what it will end, if we believe what was said in 5777 verse, we are not expecting anything good by the end of 2017.