In the appearance of the hurricane, Florence was accused of humanity 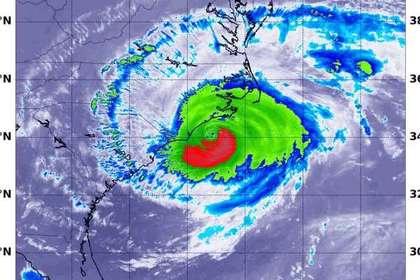 Scientists at the University of New York in Stony Brook (USA) came to the conclusion that the hurricane “Florence” became particularly powerful due to climate change caused by anthropogenic emissions of greenhouse gases into the Earth’s atmosphere. This is reported by the publication Science News.

The researchers predicted the strength of the hurricane and the amount of precipitation based on real atmospheric conditions and ocean surface temperatures obtained using the National Oceanic and Atmospheric Administration (NOAA) monitoring system.

Scientists also determined the parameters of the storm in the absence of climate change caused by human activities.

It turned out that due to global warming, the amount of extreme precipitation associated with “Florence” increased by 50 percent. In addition, the hurricane will correspond to the higher fifth category on the Saffir-Simpson destructive scale longer, and its diameter over the land will expand by 80 kilometers.

In July 2018, scientists at Dartmouth College (USA) found the cause of frequent extreme precipitation in the US, which have been observed since 1996. It turned out that heavy rainfall and snowfall are due to an increase in the average temperature of the Atlantic Ocean, which contributes to the emergence of strong tropical storms.