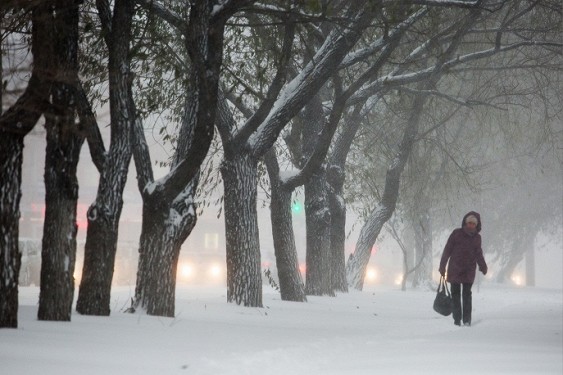 Protracted snowstorm, which lasted for several months, forced the authorities to introduce a regime of emergency in Ust-yanskiy district of Yakutia, with a population of 7.2 thousand people. Due to the lack of roads break the timing of delivery of fuel to remote settlements, where about 5 thousand people. This was announced by the head of the district Georgy Fedorov.

We took a decision and introduced in the area a state of emergency due to the fact that the Blizzard which sweeps since September, covered the roads to the localities. We cannot begin the delivery of fuel stocks have run out. The most difficult situation developed in the village of sayylyk, which is 120 km from the city center, where today the reserve of crude oil is about 80 tons (a reserve of 10 days). So we are sounding the alarm: road vehicles is not enough, there are only two bulldozers, it is necessary to mobilize all spare equipment from neighboring districts, he said.

The head of the district said that the unprecedented heavy snow in the early winter prevented the road in time to open the winter road on the route Ust ‘ -kuyga – Deputy required for delivery of fuel from villages Nizhneyansk and Ust-kuyga in six remote communities: DePuy, Haier, Ust-Yana, Cossack, Tumat and Sayylyk. The same problem is experienced and utilities, which are unable to import fuel for their boilers, in connection with which the administered saving mode, reducing the temperature of the heat supply. The population is forced to use the electric heaters, thereby increasing the power consumption and the fuel consumption of diesel power plants.

Due to the difficult weather conditions we have fulfilled, only 7-15% of fuel supply to the settlements, usually at this time we have half of plan delivery was performed. Now we have only three months, and the stocks made in last year ends, – he stressed.

As noted in the regional Ministry of transport and road workers are working around the clock to break the winter road, but the road works is complicated by strong winds. In connection with the strengthening of Blizzard on these sites is constant availability of specialized equipment, – noted in the Ministry.

The situation on delivery of fuel in the North is complicated by the scarcity of vehicles on the ground. Energy and the utility is forced to attract drivers and cars from all over the country. While not all hired vehicles may travel on the route. Most of the vehicles not equipped according to the requirements of the European Convention on the transport of dangerous goods.