In the Arctic, the second “Day of Judgment” was built 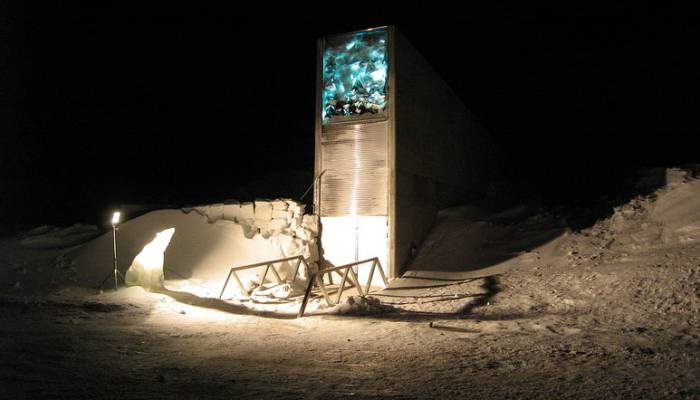 The Arctic becomes the main repository of mankind in the event of the Apocalypse. The first repository of the “Judgment Day” was opened in the Svalbard archipelago in 2008. The UN was the initiator of the construction of the storage facility of the World Bank of Seeds. Now in Svalbard, a second storage facility has been built and opened for the preservation of cultural and scientific knowledge.

The first storage of planting materials (seeds) has already been filled. All countries in the world were given the opportunity to fill in the seeds with a seed for their country a compartment in a vault and it became home to crops that exist all over the world.

The giant bunker consists of three rooms where the temperature is maintained at -18 ºC at a depth of 130 meters, which allows it to withstand any catastrophe, for example the fall of a giant asteroid or a nuclear war. Even if electricity is cut off in the bunker, all planting material will be preserved for 200 years.

The second bunker will become a repository in which cultural and scientific knowledge will be preserved. Digital information is placed on a special photosensitive film, capable of remaining in the operable state from 500 to 1000 years.

The “Arctic World Archive” is located next to the “Vault of the Doomsday” and is also reliably protected from man-made, climatic and other possible cataclysms. Bunker of knowledge, will save for mankind a priceless heritage.

The information has already been sent to the bunker, which was provided by Norway, Brazil and Mexico. Mexico retained historical documents of the Inca period, and Brazil information from its National Archives. Gradually, other countries will write scientific and historical information that can be preserved for future generations of earthlings.