In the area of ​​Yellowstone, a series of earthquakes occurred 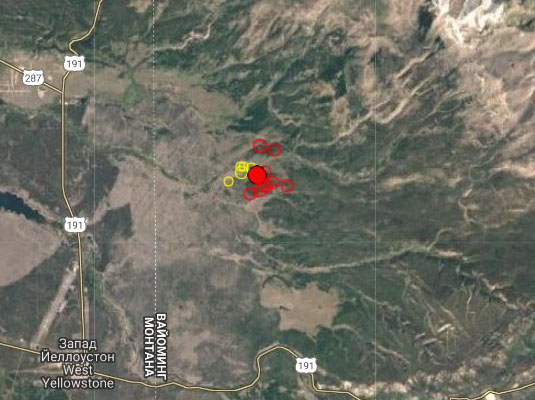 A series of 13 tremors with magnitude from 2.6 to 2.9 was recorded over the past 24 hours on the northwestern boundaries of Yellowstone National Park, near the border of the states of Wyoming and Montana. Epicenters of seismic events were located 12-13 km from us. West Yellowstone, lie at depths of 7 to 11 kilometers.

Previous large series of earthquakes in the area:

The region on the northwestern borders of the Yellowstone Park is also known for larger earthquakes. In 1959, alongside Lake Hebgen, an earthquake with a magnitude of 7.3-7.5 occurred, which led not only to the death of 28 people, but also to the appearance of new geysers and cracks in the park.