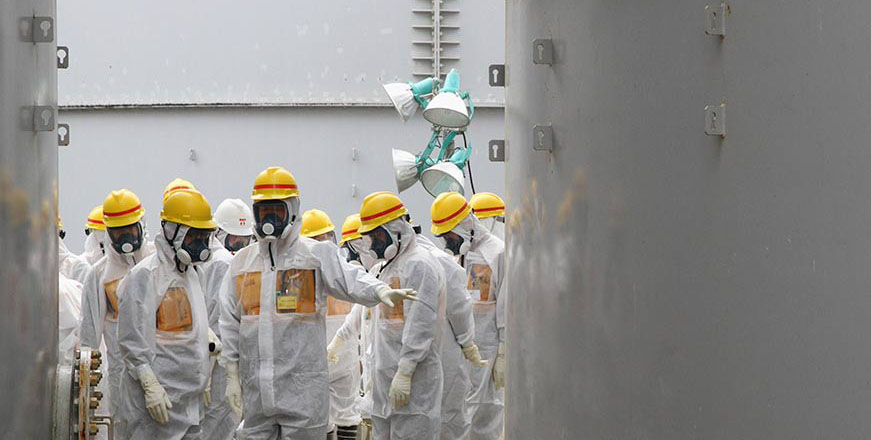 High concentration of radioactive cesium detected at the bottom at least ten major dams in the Japanese Prefecture Fukushima Prefecture within a radius of approximately 45 km around the nuclear power plant accident “Fukushima-1″.

The corresponding results were shown by a study by the Ministry of environment of the country. Water from these dams, as noted, is used in agriculture and as drinking water. According to experts, threats to human health currently, no, however, such a risk exists in the future.

Special rules for the content of radioactive substances at the bottom of the dams is not established, however, for comparison it is proposed to use the maximum permitted concentration of cesium in the storage areas of earth and debris, which experts collect decontamination of soil is 8 thousand becquerels per kilogram. All of these dams, this figure significantly exceeded.

Radioactive substances have some rivers and streams flowing through the forest, where to spend the decontamination activities still seems impossible. Over time, the rains wash away the radioactive substance from the leaves and together with water they can be transferred to other places. Getting into the streams and groundwater of substances subsequently accumulate in the silt sediments of rivers and reservoirs.

In March 2011, as a result of the impact of the tsunami on the NPP “Fukushima-1” has failed the system power and cooling, which caused the nuclear meltdown in three reactors, which was accompanied by explosions and releases of radiation into the atmosphere. Was infected the vast grounds where evacuated about 80 thousand people. Currently this area is largely deactivated, however, the authorities faced a new problem — what to do with a huge number of bags with the cut off of contaminated soil and debris. After more than five years after the accident, black and green plastic bags are still a mountain along the high-speed and country roads of the Prefecture.