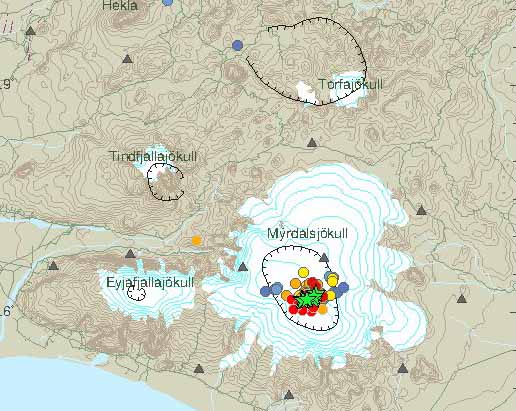 In addition to the growth of ice in the Caldera of the volcano, there is increased seismicity. On September 29-30, the largest recorded in recent years, a series of earthquakes. Over the past 36 hours in the area of katla volcano was more than 300 seismic events occurring South of the center of the Caldera. Only as of September 30, there were 7 earthquakes of magnitude from 3.0. The strongest of a series of tremors reaching magnitude 3.6. The foci of most earthquakes lie at a depth of 100 meters.

Recall that seismic activity at the Katla volcano started about a month ago. 29 August in the Caldera of a volcano, an earthquake of magnitude 4.6. The last eruption of the Icelandic giant occurred in 1918.