In the Atlantic there have been so many storms since 2008 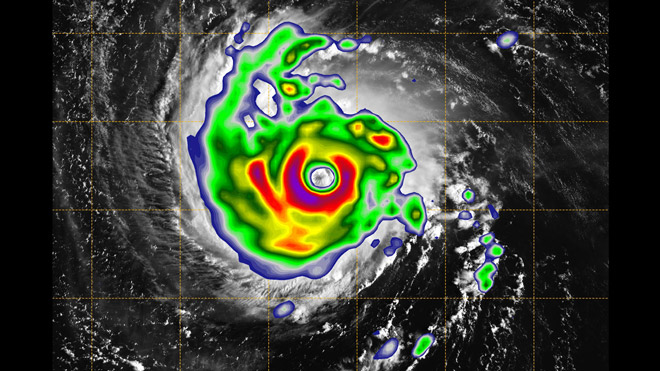 Although the Atlantic basin is experiencing the peak of the hurricane season, the strongest weather system on Earth is half the world – in the west of the Pacific Ocean. “Florence” and “Manghut” are not alone in their competition for the title of the largest storms on the planet – nine tropical systems revolve around the globe, forming a strip that stretches from the South China Sea to the central Atlantic. And now in the Atlantic Ocean 4 weather systems are raging, which is very rare.

Active Atlantic attracted attention when the devastating hurricane “Florence” attacked the southern coast of the United States. We can not fail to mention the tropical storm “Isaac”, which slipped unnoticed to the south, will affect the Lesser Antilles and may appear in the Caribbean Sea, intensifying by the beginning of next week. Also in the Atlantic, hurricane Helen is still active. And the last storm in the overflowing Atlantic basin is the subtropical storm “Joyce”.

Four named storms, simultaneously rotating in the Atlantic basin, have not been since 2008. But can there be five of them, which will become an absolute record?

Perhaps, if the tropical system Invest 95L near the Mexican peninsula of Yucatán continues to stay at a distance from unfavorable conditions and will remain in force.

While Florence draws attention to the east, a whole chain of Hawaiian islands is under warning about the attack of the tropical storm “Olivia”.

Unlike the Atlantic and the East Pacific, in the west of the Pacific the season of tropical storms never ends. The first typhoon of 2018 was formed there in the last days of 2017. The lion’s share of storms is formed during the summer months of the Southern Hemisphere, however from May to October peak activity is observed in the region. In 2018, the intensity of the hurricanes is slightly higher than the mean value, while 23 named storms were formed, two of which – “Barijat” and the super-typhoon “Manghut” – are sent to the southern coast of China or northern Vietnam.