In the Azov sea fish in large quantities perishes 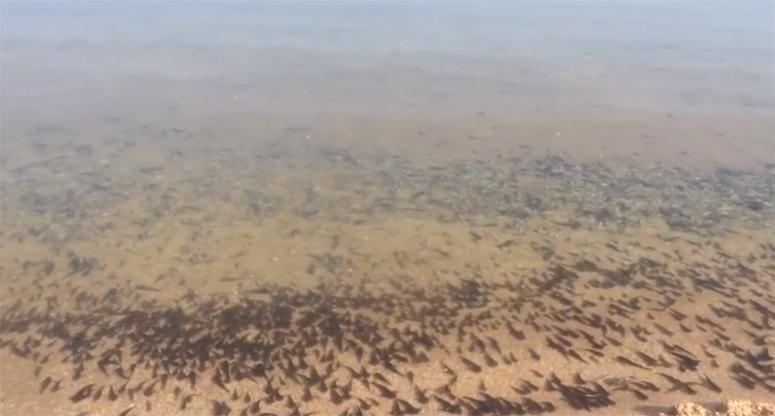 Due to the abnormally high temperature of the water in the Azov sea killed tens of thousands of fish. Residents of the Crimean village of Shelkino appealed to the local authorities because of the strong unpleasant odor that came from the sea of Azov. It turned out that the whole coast is literally littered with tens of thousands of dead fish. To assess the situation on the ground, in the village left, representatives of the Agency and Rosprirodnadzor.

— The release of the bull occurred due to abnormally high sea temperatures, when there is a sharp decrease in oxygen. This natural factor, the so-called hypoxic phenomenon. This year it happened the first time. Yesterday the place was left, the inspection staff had collected water samples and performed measurements of oxygen level and water temperature. The release occurred at a distance of two kilometers along the coastline Selkina in the village of mysovoye. If yesterday it was a layer of dead fish in the water, but today it throws on the land. About one and a half tons of fish. Removes the fish from the local administration, – said the representative of the Life of the Kerch Department of the Agency.

Now the water temperature is 27.7 degrees, and normal 25, although it is considered to be critical in calm weather. The fact that the supply of oxygen is minimal, the fish comes to the shore, where the temperature even higher, it is lack of oxygen and it dies.

Tourists are not recommended to swim in the sea, where there was a massive loss of Azov bull. The administration has established a limit on the sale of fish in the spontaneous markets, to prevent the poisoning of the villagers.