In the center of an erupting volcano Baradari lost 13 tourists 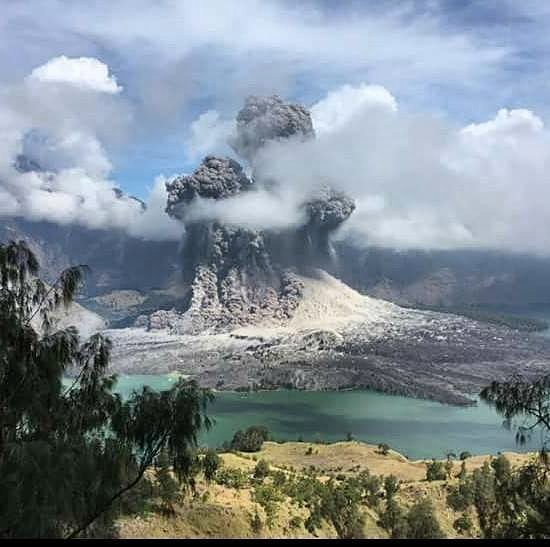 13 tourists, including foreigners, have gone missing in the area of an erupting volcano Baradari in Central Indonesia. Baradari, sunvulcan Rinjani in the province of West Nusa Tenggara, spat out a column of ash to a height of 2 km in the sky on Tuesday, forcing hundreds of tourists to leave the area.

Unfortunately, 13 people have not gone beyond the national Park where the volcano is still missing. When Baradari began to erupt, next to him was 1079 person.

Authorities declared the area within a radius of 3 km around the crater is dangerous and banned its visit. Many tourists stubbornly refused to leave the vicinity of the volcano due to Alania to capture the spectacular eruption on video.

The archipelagic state of Indonesia consists of 17.5 thousand Islands. In the country there are 129 active volcanoes.