In the Chilean Andes discovered a giant accumulation of magma

Geophysics of the University of Heidelberg conducted a study of the volcanic fields of the Altiplano-puna in the Chilean Andes and found beneath it, the huge accumulation of magma, enough to generate a super eruption. Together with specialists from the Institute of Earth Sciences scientists have concluded that huge amounts of volcanic materials continuously accumulated in the earth’s crust over 2.9 million years. The study is published in the scientific journal Geology.

The good news is the fact that rising magma does not reach earth’s surface and cools slowly at depth, turning into a hardened igneous rock. As explained by Professor Axel Schmitt from the Institute of Earth Sciences, over the last 10 million years in the Altiplano-puna have been at least 7 eruptions supervolcanoes. The last one happened about 2.9 million years ago. Further in the complex have been moderate eruption, but so far it remains unclear why no more going to the larger explosions.

Using samples from five relatively small lava domes in Northern Chile and South-East of Bolivia, researchers at Heidelberg University and their American colleagues have analyzed the chemical composition of the magma and the age of small crystals of zircon contained in igneous rocks. It was found that the formation of zircon in each of the five domes has continued uninterrupted since the last eruption about 75,000 years ago. 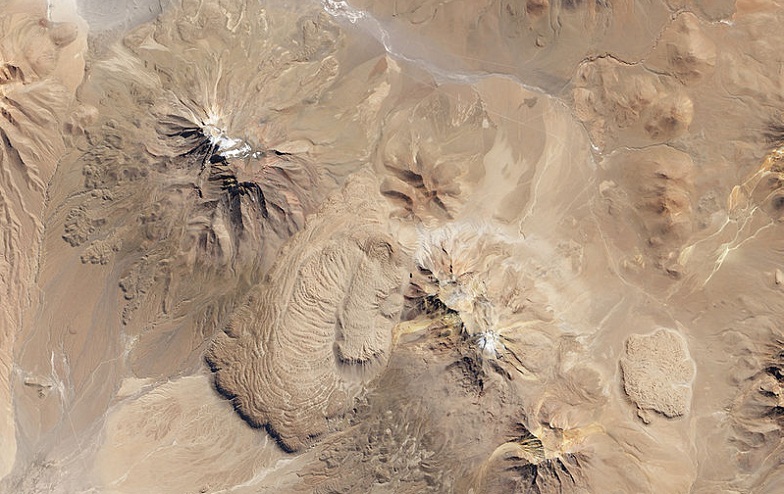 Studied the volcanoes of the Altiplano-puna

According to the model calculations, these processes are possible only if the inflow of magma is about 1 cubic kilometer in 1000 years, which is unusually many for such a small volcanic domes. This means that over a long period of time under all five of the studied volcanoes accumulated sufficient volumes of magma to reproduction supervolcanoes eruption.

As explained by Professor Schmitt, solidification of magma at depth and the absence of mega-explosions last 2.9 million years does not mean that the volcanic activity of the Altiplano-puna came to an end. “Our results show that the flow of magma in quantities of 1 to 5 cubic kilometres per 1000 years in the future, recreate the conditions in favor of a catastrophic eruption. New huge explosion in the volcanic complex will be possible, but a very long time”, – said the Professor.