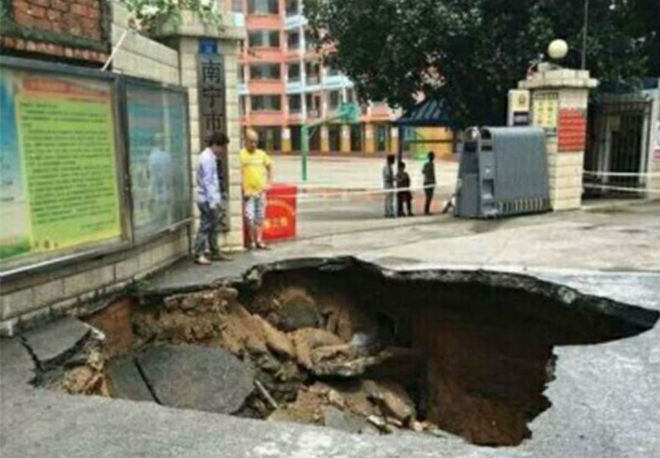 Nanning city, Guangxi Zhuang Autonomous region in southwest China at the gate of a primary school crater with a width of five meters.

Fortunately, no one was hurt, as the earth collapsed at 08:00 on Sunday. The school temporarily suspended. On the scene quickly, the police arrived. Road and sidewalk near the entrance to the school were blocked. 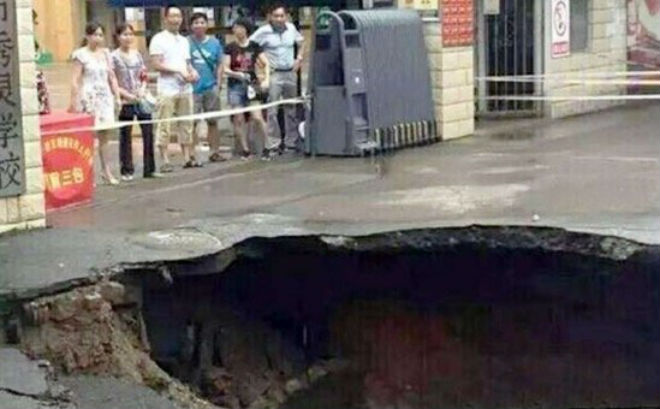 According to the findings of the preliminary investigation, the sinkhole was caused by heavy rains over the past few days.