In the crater of the Mutnovsky volcano a thermal anomaly appeared 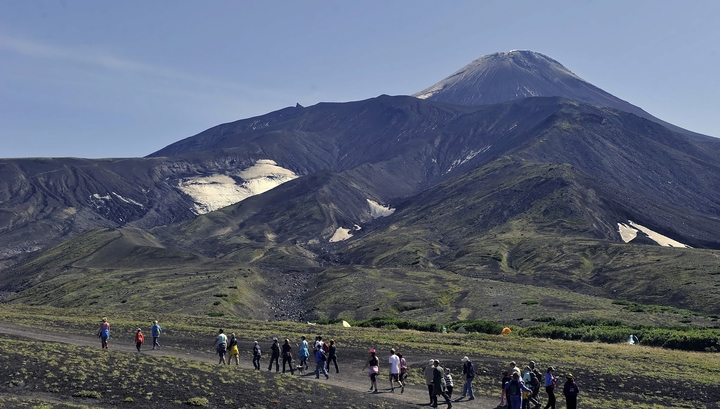 In the active funnel of the Mutnovsky volcano in the south of Kamchatka, for the first time in its history, a lake was discovered.

As the Institute of Volcanology and Seismology of the Far Eastern Branch of the Russian Academy of Sciences told us, from the middle of April in the area of ​​the volcano began to notice a thermal anomaly, the temperature of which gradually increased. And later on a satellite image, scientists saw a lake.

“The lake in Mutnovsky’s active crater speaks about a new stage of the development of the volcano,” said Olga Girina, head of the Kamchatka Response Group for Volcanic eruptions.

According to her, now it is necessary to take samples of water and measure the temperature of fumaroles (holes in the walls of the crater). After these researches it will be possible to predict the further development of the situation.

The Mutnovsky volcano is one of the most active volcanoes of South Kamchatka, located 70 km to the southwest from Petropavlovsk-Kamchatsky.