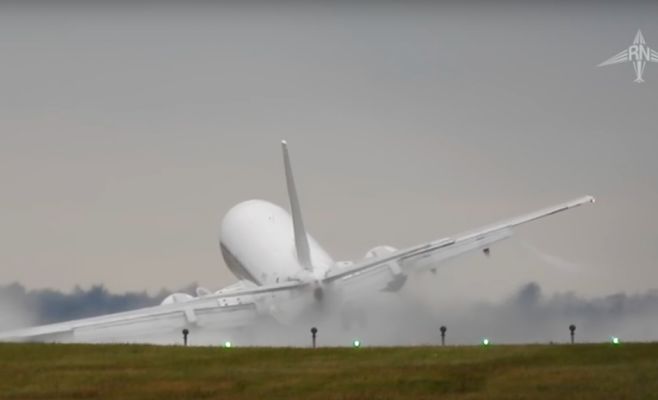 Air pendulum called the plane almost crashed at the airport in Prague. Due to strong winds the ship was swinging across the airfield, trying to even out.

The first attempt to sit almost led to tragedy. The Boeing lurched and almost touched the wing of the earth. In the end went to the second round. The second landing was successful.