In the disaster zone after Typhoon “Haima” is 1.7 million residents of China 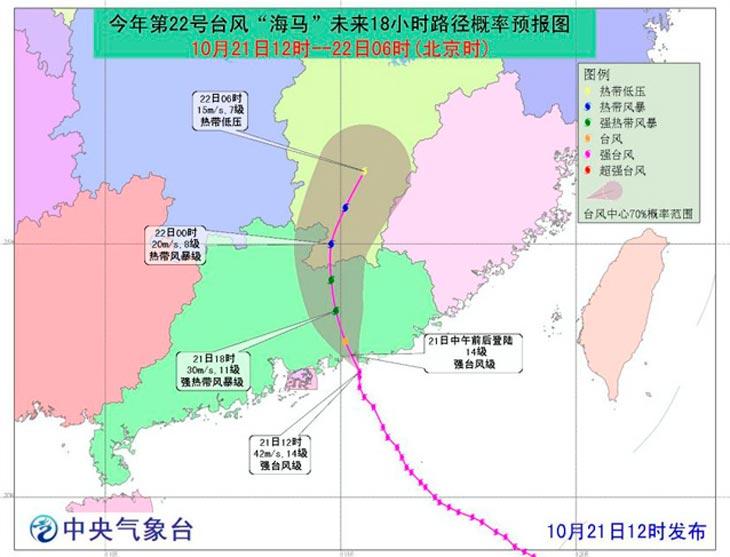 1.7 million people were in the disaster zone in Guangdong province in southern China, which on Friday was struck by a powerful Typhoon Haima.

Typhoon Haima, which has also hit the special administrative region of Hong Kong has reached mainland China on Friday.

According to the Department of civil Affairs of Guangdong province, in the disaster area were 1.69 million people, 668 thousand local residents were evacuated to safe places.

As a result of the disaster suffered 2749 houses, and about 178 thousand hectares of agricultural land. The authorities estimate that direct economic damage from the disaster amounted to a total of 3.5 billion yuan (about 517 million).