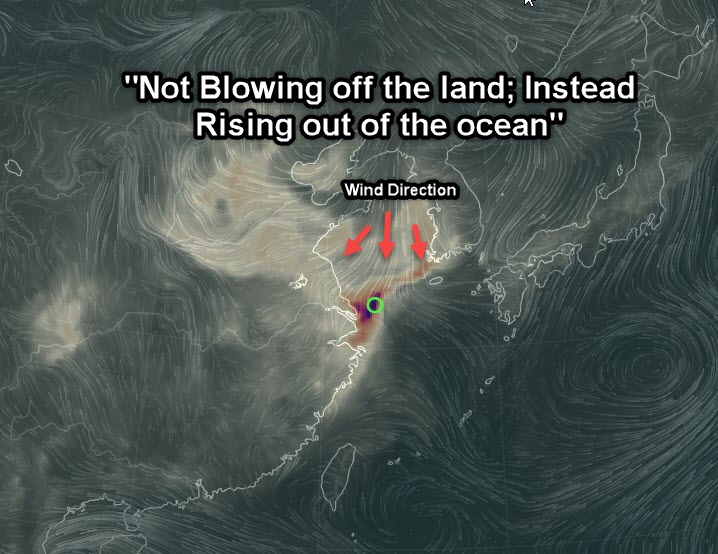 Captains of cargo ships plying off the coast of China in the East China Sea recently began to report the appearance of giant bubbles arising on the surface of the water. The release of gas is recorded from the coast of Shanghai to the south-west coast of South Korea.

Analyzing data from satellites, scientists confirmed that the emissions do occur and this is carbon monoxide, CO gas. Carbon monoxide is a colorless, extremely toxic gas without taste and smell, lighter than air.

Emissions occur from the ocean floor and it is likely that they are a sign of movement of tectonic plates and a harbinger of a powerful earthquake. Similar things happened in 1976, then the release of CO was also recorded, but not in the ocean, but in local rivers and wells, then a powerful earthquake occurred that killed 655237 people.

The catastrophe occurred on July 28, 1976, the tremors reached 7.9 on the Richter scale. The epicenter was located in Tangshan City, Hebei Province, 150 kilometers east of Beijing. 90% of the buildings in Tangshan were destroyed instantly. After 15 hours the tremors were repeated. This time they reached 7.1 points by Richter’s jackal. The scale of destruction and the number of victims were unprecedented: the city was almost destroyed.