In the groundwater of Pakistan, a dangerous level of arsenic 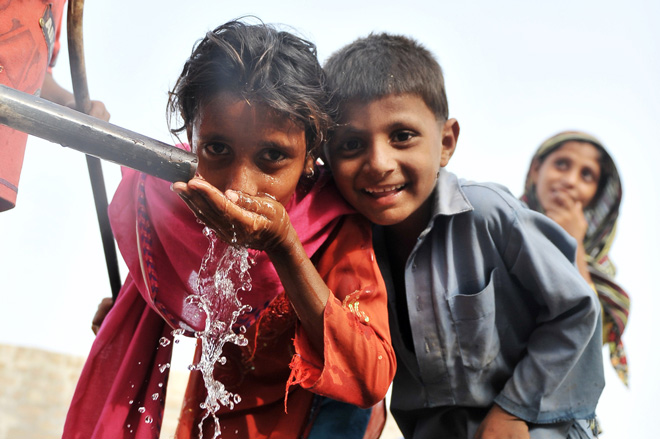 Up to 60 million people in Pakistan are at risk of poisoning with a deadly chemical arsenic, a new analysis of the country’s water resources showed.

The study studied 1.2 thousand samples of groundwater throughout the country. The resulting risk map shows that the concentration of arsenic in the Pakistani water is much higher than the norms established by the World Health Organization.

Arsenic is a semimetallic element that is found all over the world. It is washed into groundwater from rock and sedimentary deposits.

The World Health Organization reports that about 150 million people depend on groundwater contaminated with arsenic.

Long-term use of such water leads to chronic diseases, including skin inflammation, lung cancer and diaphragms, cardiovascular diseases.

A new study shows that 50-60 million people who live in the Indus Valley in eastern Pakistan drink water, the arsenic level exceeding the safe level set by the government.

Scientists collected samples of groundwater from wells in 1200 places in the country. The team used statistical methods to create a “risk map” and estimate the number of people threatened with arsenic.

Lead author of the study Joel Podgorski of the Swiss Federal Institute of Aqua Science and Technology says that the results of the study are “alarming”.

Deposits that contain arsenic are relatively young. Therefore, if the aquifer was formed at the end of the last ice age approximately 10 thousand years ago, the water in it will likely have a high level of arsenic than the old and deep aquifers, from where most of the chemicals have washed.

Scientists also believe that irrigation for agriculture worsens the situation. The study found a strong relationship between the high PH level in the soil and the concentration of arsenic.