In the Himalayas can have a catastrophic earthquake 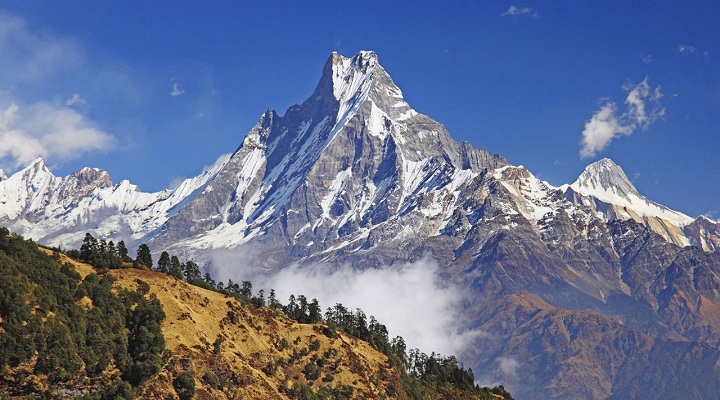 Tectonic fault at the foot of the Himalayan mountains could trigger a catastrophic earthquake of magnitude 8.5 on the Richter scale. A new study has shown that strong earthquake can happen at any time of the fault, which extends for 2400 kilometers.

To such conclusion the research team of scientists from the University of Lausanne. After reviewing geological data and information from historical sources, scientists have found. in 1714, at this fissure on the territory of the Kingdom of Bhutan.

The Kingdom of Bhutan is a country in Asia in the Himalayas, located between India and China. The capital city Thimphu. Self — Druk Yul or Druk Zenden — “country of the dragon-the Thunderer”.

The fact of a massive earthquake in this area was for the scientists a complete surprise, as previously it was believed that Bhutan is the most peaceful seismically place.

The mountain chain of the Himalayas, was the result of immersion of the Indian lithospheric plate under the Eurasian plate. That is where this small state of Bhutan, which was very isolated from the outside world and scientists were rarely allowed into the territory of that state. This explains the mistaken belief of the scientific community that Bhutan has not experienced severe earthquakes ever in its history of existence, as it was not so.

It turned out that after the Himalayas there was a strong earthquake of magnitude 7.8 and after him, the government of Bhutan has opened access to the territory of the country scientists to conduct geophysical research.

In the result, it was found that in 1714, in Bhutan, a powerful earthquake of magnitude 8.5 points. The epicenter of this earthquake was located in the Central Western part of Bhutan. it is here that concentrated the place of residence of the main part of the population.

As a result of the earthquake in the Himalayas ruptured area of the tectonic fault length of 300 km. Scientists continue to study which will help to understand and possibly to predict tectonic processes occurring on the fault line in the Himalayas, to try to predict a new disaster in advance.