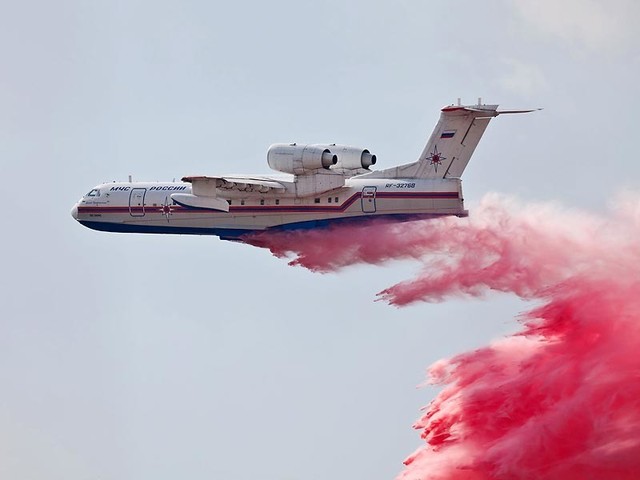 The Governor of the Irkutsk region Sergey Levchenko from 15 June introduced throughout the region a state of emergency in connection with the increase in forest fires, adverse weather conditions forecast and ensure the safety of the population of the Angara, according to the website of the regional government.

Heads of municipalities recommended a comprehensive set of measures within its powers, including restriction of access of citizens in woods and entrance to them of vehicles.

In extinguishing forest fires in the region involved Il-76 plane of the defense Ministry, and aircraft-amphibian be-200 EMERCOM of Russia, which on June 15th, started to work in Kachugskiy district, where a state of emergency was imposed a day earlier and where sent additional forces regional forest fire centre.

On that day, the Deputy Prime Minister of Irkutsk region Viktor Kondrashov held in Kachugskiy district meeting, which addressed the causes of forest fires in the entity. As has been said, they are mostly associated with the human factor.

“We looked at the map, the majority of fires occur along roads, which move vacationers, fishermen and hunters. Therefore, we will reconsider the admission of people to these places in fire season – said Kondrashov.

Meanwhile, the total area of forest fires in Russia over the past day increased by 5 660 hectares and reached 15 989 hectares, as of 00:00 Moscow time on June 15, reported by Avialesookhrana.

The most difficult situation – in the Irkutsk region, where the fire covered 5 997 hectares on the lands of forest Fund. On the second place Krasnoyarsk Krai 2 931 hectares, a third of Buryatia (2 210 ha), the report said.