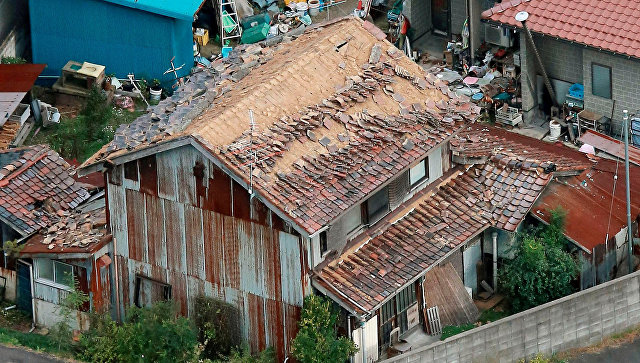 In the Japanese prefecture of Tottori where on Friday there was an earthquake measuring 6,6, by 11 o’clock on Sunday (5:00 Moscow time) it is recorded 189 aftershokovykh of pushes, has reported the Head meteorological department of Japan.

On Friday in the prefecture of Tottori in the west of Japan there was an earthquake measuring 6,6. The center lay at a depth of 11 kilometers. Epicenter was in the center of the prefecture. On a seven-point Japanese scale the maximum force of pushes has made 6 points. As reported by eye-witnesses, pushes were so strong that it was difficult to keep standing. Tremors were felt in 31 of 47 prefectures of Japan.

As a result of an earthquake, by data by this o’clock, 16 people have suffered. More than 320 houses are destroyed and damaged, more than one thousand families are still left without water supply.

Meteorologists warn that aftershokovy pushes will proceed about a week. It creates the increased danger of landslides and a descent of mountain mudflows.