In the Khabarovsk region, the water in the river per day has risen almost a meter 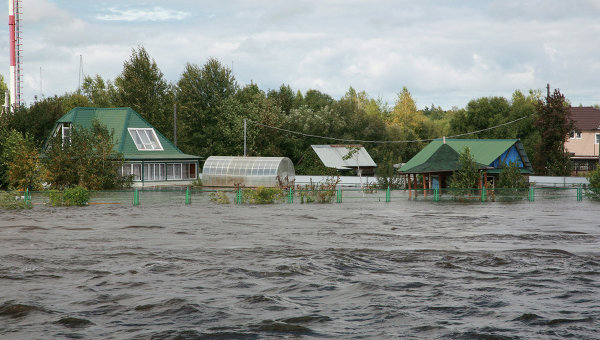 The water in the UDA river at the village of UDA in the North of Khabarovsky Krai per day has risen by 46 inches.

“In the Tuguro-Chumikansky district in the UDA river at the village of UDA due to the past rains have renewed rise of the water level. As of the morning of 15 July, it amounted to 764 cm, rising per day on 46 inches. In the village of UDA flooded six gardens. Projected to further rise,” — said in the message.

It is noted that according to the forecasts of hydrologists 16-19 July, the river level could reach $ 770-800 centimeters when the threat value of 800 inches. MOE sent the head of the Tuguro-Chumikansky district, warning about the rise of water. The administration of the village according to the population about the situation and actions in case of flooding of houses. In the village prepared the temporary accommodation centres, as well as space for Stripping cattle.

According to far East UGMS, the intensive rise of water levels observed in the Podkhorenok river basin, some rivers of the basin of the Khor river. On several rivers in the region, there are up to 65 inches per day. Floods will be held with the flooding of the floodplain to a depth of 1 meter, without the threat of economic projects.

The level of Amur river near Khabarovsk on Friday amounted to 372 cm, rising per day on 1 centimeter. Saved flooding of the low floodplain at the site of the Khabarovsk – Komsomolsk-on-Amur to a depth of 0.9 m without damaging household objects. On the Cupid at Khabarovsk within two days of a significant change in water level is not expected.

Earlier it was reported that the Governor of the region in connection with the forecast of the rise of the Amur near Khabarovsk by the end of the month to 430 cm urged to prepare for flooding. If that value can be flooded farmland, gardens, roads and garden. In 2013, severe flooding in the Amur river has suffered Amur region, Jewish Autonomous region and Khabarovsk Krai. The water level near Khabarovsk made up 8.08 m. at the historical mark of 6.42 meters in 1897 and critical 6 meters.