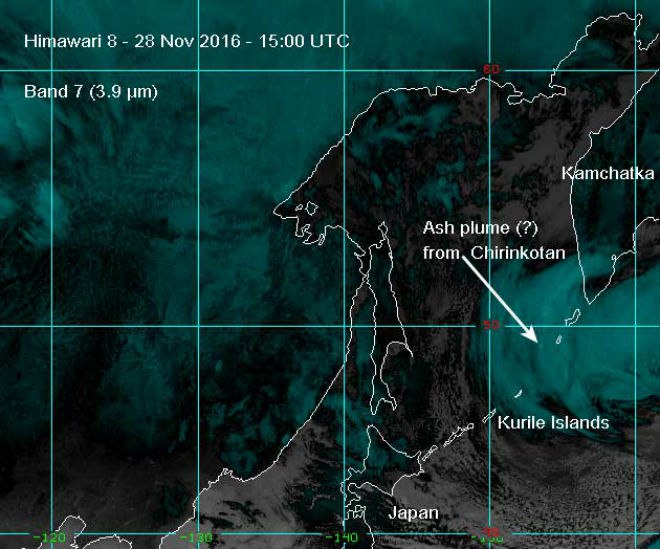 In the Northern Kuriles continues to remind himself of the ushishir volcano.. A large explosion occurred at the volcano on 28 November. Ash jet was observed through a thick blanket of clouds from satellite Himawari-8.

If the interpretation of the satellite data is correct, then an explosive eruption produced a cloud of about 10 km height that drifted to the North.

The volcano forms the remote uninhabited island of the same name and is one of the most active giants of the Kuril Islands. Chirinkotan often produces large explosive eruptions, which pose a threat to air traffic on the busiest routes America-Asia.