In the northwest of China, an earthquake of magnitude 6.6 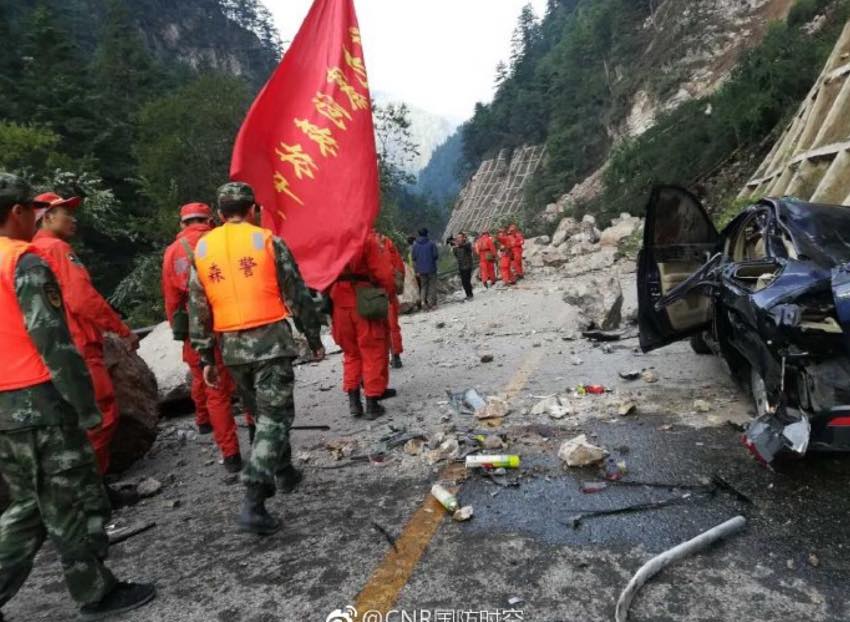 An earthquake measuring 6.6 occurred today at 07:27 in the Jinghe District of the Bortal-Mongolian Autonomous Okrug in the Xinjiang Uygur Autonomous Region (North-West China). This was reported by the Chinese Center for Seismological Networks.

In the Chinese south-western province of Sichuan after the earthquake on Tuesday recorded 1690 repeated tremors, the strongest of them – a magnitude of 4.8.

An earthquake of magnitude 7 occurred on Tuesday, the epicenter lay at a depth of about 10 km in Jiuzhaigou County in the Ngawa-Tibet-Qiang Autonomous Region of the province.

As a result of a powerful earthquake that occurred in Sichuan province, 19 people were killed and another 300 were injured.

The province of Sichuan is often exposed to various natural disasters, including floods and earthquakes. The largest tragedy occurred here in May 2008, when a strong earthquake of magnitude 7.9 killed nearly 80,000 people.

After the main push on Tuesday, more than 1.3 thousand aftershocks followed. The Chinese authorities have not yet reported the damage, however, judging from the shots of the television reports, it is huge.

To date, it is known that the State Committee for Development and Reforms of China on Wednesday allocated 60 million yuan ($ 8.9 million) from the central budget for the destruction of damages and reconstruction work, and the Ministry of Finance allocated 100 million yuan (14.9 million dollars) For compensation to the injured.

Piles of stones, fallen trees, broken cars, destroyed buildings and fences, crowds of frightened people in the squares and streets of settlements, the wounded on a stretcher, filled the hospital.

The authorities launched a large-scale search and rescue operation, which is complicated by difficult terrain, large stone debris, the danger of a repetition of tremors.

Not only rescuers and physicians take part in the search and work to eliminate the consequences of the disaster. The People’s Liberation Army of China (PLA) sent 1,285 troops, 90 vehicles and 9 aircraft to help with the aftermath of the disaster. Also on the site there are 1,300 representatives of the armed police of China, about 2,000 firefighters, more than 40 dogs.

Authorities evacuated more than 60,000 tourists from the affected areas, travel agencies across the country report a massive cancellation of tours and suspension of bookings for the near future.