In the ocean, a dangerous decrease in the oxygen concentration 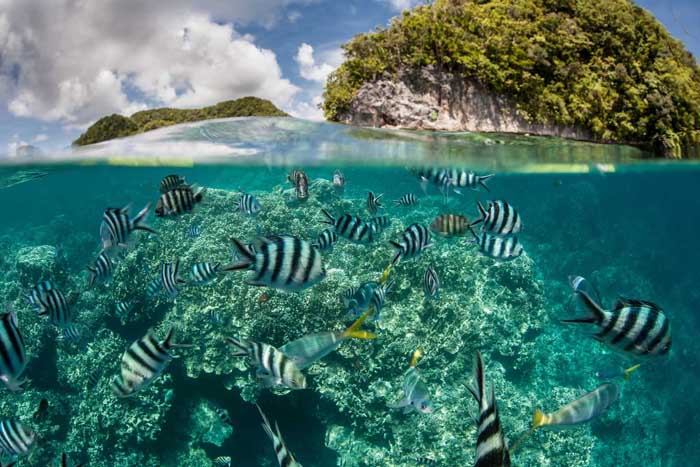 An international group of scientists summarized the information on the dynamics of oxygen concentration in the world’s oceans over the past 50 years and published disappointing conclusions.

Over the past 50 years, the number of ocean sections completely devoid of oxygen has quadrupled. In coastal waters, seas and river mouths, the number of sites with very low concentrations of dissolved oxygen increased more than ten times as compared to the 50s of the 20th century. Warming of the climate entails an increase in the temperature of the water; because of these processes, the World Ocean will continue to lose oxygen, scientists believe.

To stop the loss of dissolved oxygen, global warming and pollution of the oceans need to be slowed down, warns an international group of oceanologists led by Denise Breitburg. Estimates, predictions and methods for solving the global problem were described by scientists in an article published in the journal Science.

Almost half of the oxygen on the Earth is dissolved in the World Ocean. But not all the water in the oceans and seas of the Earth is saturated with oxygen; there are so-called “dead zones”, areas practically devoid of oxygen, and in recent decades their volume has increased. This conclusion regularly comes to ocean researchers around the world. Most living organisms breathing oxygen can not exist in the dead zones, and those swarming from the outside quickly die. Expansion of dead zones leads to a decrease in the territory suitable for marine life, lack of resources and intense competition

The solubility of oxygen in water depends on the temperature of the latter; the higher it is, the less oxygen remains in the solution. In addition, in the warming water metabolism of marine life is accelerated, and they need more oxygen; therefore, the increase in the temperature of the World Ocean affects the living organisms quickly and painfully.

In addition to the temperature, oxygen content in water – especially in coastal waters – is affected by the amount of nutrients and microorganisms in them that feed on the dissolved organic matter in the water and breathe oxygen. Discharge of industrial and domestic liquid waste saturates coastal waters with an abnormal amount of organic matter, which is fed by bacteria that actively consume oxygen; their activities largely explains the expansion of dead zones near the coast.

The map shows the coastal areas of the ocean in which human activity led to a drop in the concentration of molecular oxygen to 2 mg per liter-1 (shown in red) and an oxygen minimum zone at a depth of 300 m (shown in blue). To compile the map, the data collected by the Global Ocean Oxygen Network (GO2NE) from 2016 was used.