In the Pacific Ocean formed a tropical storm “Adrian” 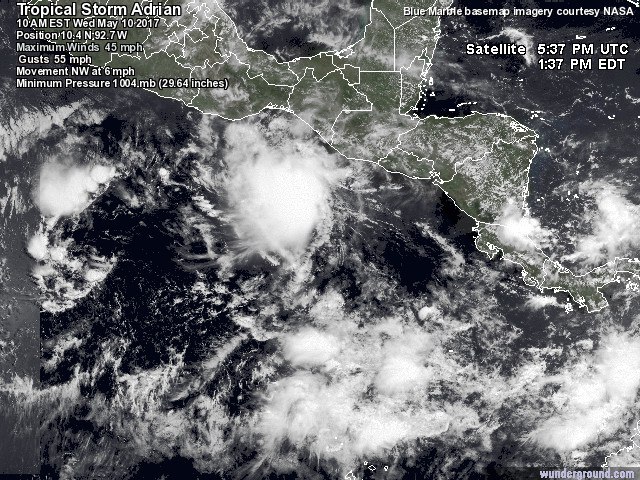 The previous record was set in 1990 by the storm “Alma”, which was formed on May 14. Officially, the hurricane season in the eastern Pacific Ocean starts on May 15.

According to forecasts of meteorologists, in the coming days, a tropical storm is expected to intensify before the first category hurricane. The most probable area of ​​impact of the elements is from the southern part of Mexico to Guatemala.