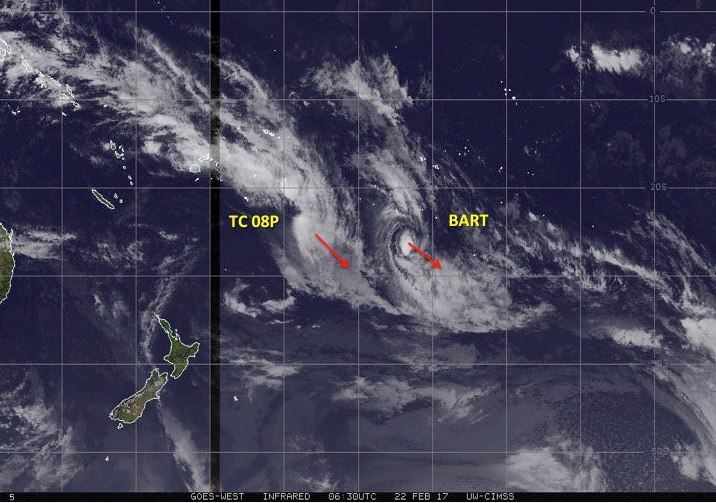 In the South Pacific ocean, northeast of New Zealand, was formed from two tropical cyclone. In the southern part of the Pacific ocean to the Southeast of American Samoa were formed tropical cyclone “Bart,” according to a joint us naval centre for the prevention of typhoons (JTWC).According to NASA satellite data, the storm is located about 1400 km to the southwest of Papeete, Tahiti.

According to the Meteorological services of Fiji, “Bart” is located 300 km West of Rarotonga. On the Islands of Rarotonga and Mangaia, which are included in the archipelago of the cook Islands, announced a warning about heavy rains and strong winds.

To the West of the tropical cyclone “Bart” was formed tropical storm (yet nameless, number 8). The wind speed at the epicenter of up to 64 km/h, with gusts up to 80 km/h the Cyclone is moving in a South-easterly direction.