In the permafrost, giant mercury deposits have been discovered 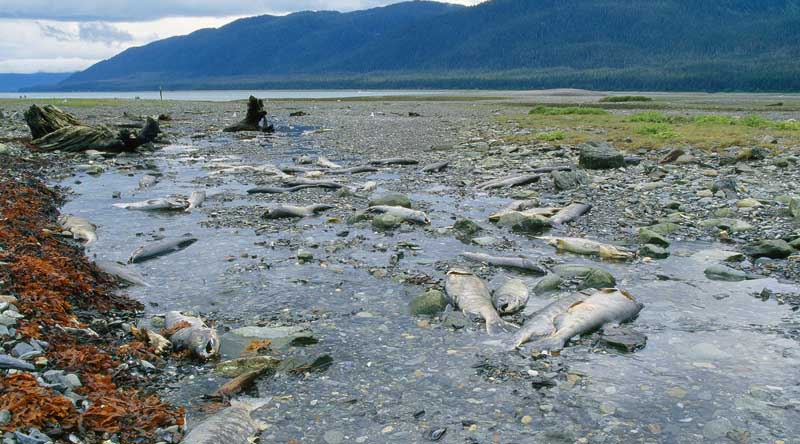 Employees of the US Geological Survey found in the permafrost in Alaska huge deposits of mercury. According to experts, the stock of this toxic metal in the Northern Hemisphere is 1656 thousand tons – it is almost twice as much as on the rest of the planet. The discovery alerted scientists: in the conditions of global warming, the danger is great that mercury will be released from the ice captivity.

To come to the conclusion that permafrost, the largest mercury storage facility on Earth, scientists from the US Geological Service took more than 10 years. From 2004 to 2012, they drilled 13 wells in permafrost in different areas of Alaska. After that, experts measured the mercury content of the samples and conducted a large-scale study, the results of which was published by the American Geophysical Union in early February this year.

The scientists combined their conclusions with the data of 11 thousand measurements made in the USA, Canada, and also on the territory of Eurasia. Thus, a fairly objective picture has been obtained, which makes it possible to judge the content of mercury in the Northern Hemisphere.

A reservoir of mercury in this climatic zone has been formed since the last glacial period under the influence of natural factors. For thousands of years, the toxic substance contained in the atmosphere was combined with soil organic matter and settled in permafrost.

Currently, according to geologists, in the soil of the permafrost regions of the Northern Hemisphere there are 1656 thousand tons of this toxic metal, which is almost twice as much as in the entire territory of the Earth. Directly in the frozen ground 793 thousand tons of mercury are conserved. This is 10 times more than the total amount of anthropogenic emissions over the last 30 years.

“About 24% of the earth’s soil is permafrost, and it is in it that there are huge reserves of mercury. What will happen if the permafrost melts? How far will mercury spread in the food chain? These are questions that we have yet to answer, “said the head of the scientific group Paul Schuster.

Modern science classifies mercury as toxins of the higher (first) hazard class. The most toxic are its vapors, which can cause severe poisoning. Even in small amounts, this substance can lead to serious health problems: disruption of the functioning of the endocrine, nervous, digestive and immune systems. Mercury vapor is present in the atmosphere constantly, but their concentration is too low to harm the human or animal body.

But as a result of global warming, permafrost melts: climatologists believe that in 100 years this layer will thin out at least by one third, or even disappear altogether. As a result, the toxic metal, whose deposits have formed over many thousands of years, will very quickly enter the atmosphere and water.

“If mercury passes through waterways, it can be absorbed by microorganisms, and then, moving along the food chain, turn into methylmercury. This form of mercury is a dangerous toxin that causes neurological disorders in animals. Such violations can begin with the defeat of motor functions and result in congenital defects in the development of the brain, “said Fedor Romanenko, a leading researcher at the Faculty of Geography of Moscow State University. M.V. Lomonosov Moscow State University.

The authors of the study sounded the alarm first: they are sure that all ecosystems of the Northern Hemisphere are threatened without exception.

“Alaska and other northern regions may be in the zone of contamination with methylmercury. All these territories, which are mainly used for subsistence agriculture, will be poisoned, “Shuster warned.

The release of mercury actually jeopardizes the entire planet. Once in the atmosphere, it can be carried by thousands of kilometers of air.

“Of course, the scale of the disaster is still unknown to us. We can not remove these samples by any means. While it is clear that people who consume fish containing too much mercury will have some health problems. This especially affects pregnant women, “said Fedor Romanenko.

To prevent the entry of superconcentrations of mercury into the Earth’s atmosphere, it is necessary to preserve permafrost, scientists believe.

“First of all, it is necessary to reduce the volume of emissions of fuel burnt. We must not forget that the greatest role in global warming is played by the results of human activities, “Romanenko concluded.

According to Vasily Lavrushin, the director of the Geological Institute of the Russian Academy of Sciences, even if the conclusions of the American scientists on the presence of mercury in the glaciers are correct, it is unlikely that this will lead to some catastrophic consequences.

“Mercury, even though it is a volatile element, is sorbed after a while, that is, it is removed from dangerous forms in the natural environment. Especially since the process of melting glaciers in time will be greatly stretched. Melting will occur not immediately, not in one year, but for several decades, or even more, “Lavrushin explained.