In the Saratov region of Russia, the hurricane left without a roof 90 houses 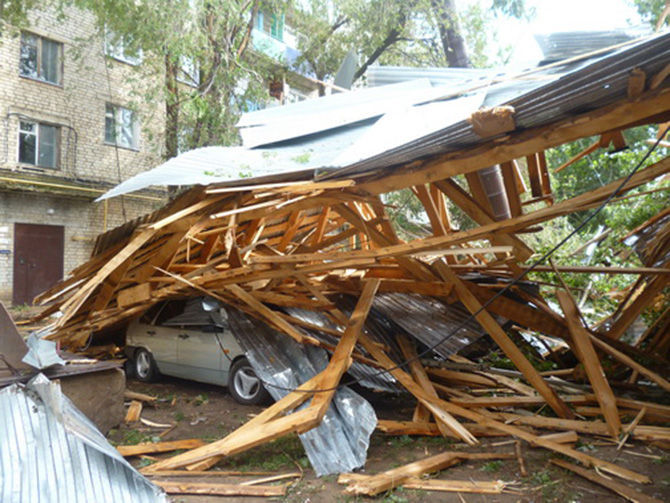 The message about the damage to the roofs of buildings in the village of Tatar Makeevka Petrovsky district of the region was received by the MOE on Friday at 22.50 GMT. As a result of the complex of the adverse phenomena (thunderstorm, wind up to 17 meters per second) there was a partial damage of the roof 90 private houses, — stated in the message.

Gas and water in the village is not broken. In the regional head office of the Ministry of emergency situations deployed operational headquarters on control of the rescue and recovery operations. For liquidation of consequences of revelry of elements attracted 75 people and 21 vehicles.

Previously the regional Glaucus MOE announced emergency warning in the Saratov region, where on Saturday was expected thunderstorms and strong winds.

As specified on the website of Roshydromet, according to at 06.00 GMT Saturday in the administrative center of Petrovsky district of the city of Petrovsk East wind was blowing at a speed of two meters per second, and the temperature was 19 degrees Celsius.