In the sky over England observed a strange “pink rainbow” 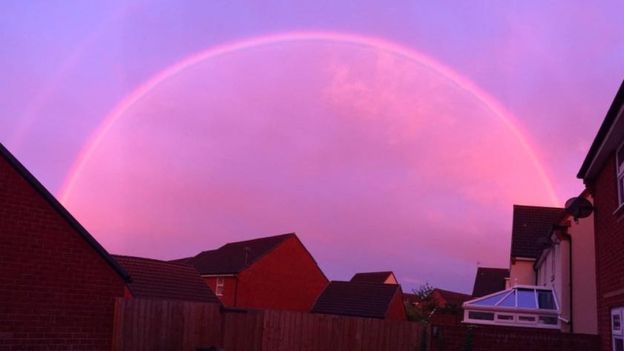 A rare atmospheric phenomenon was seen in the sky in the west of England. The experts described the phenomenon observed by the inhabitants of Bristol, Taunton and Yate as an optical illusion.

Eyewitnesses who took pictures of an unusual phenomenon described it as stunning and very beautiful. According to meteorologist Simon King, this phenomenon has no special name. Apparently appears when an ordinary rainbow appears in the rays of the sun that is tilting to the sunset, which gives it an unusual pinkish tinge. 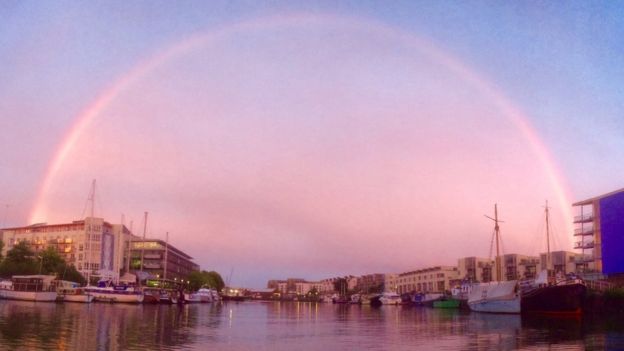 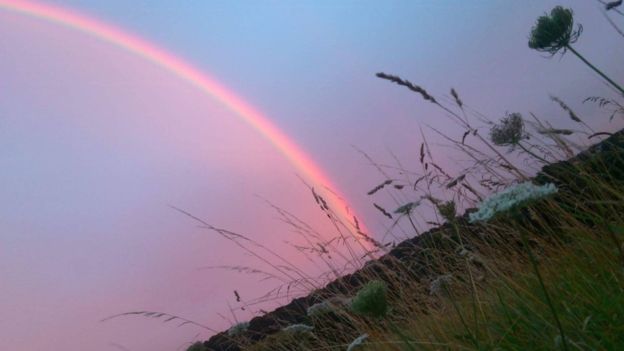 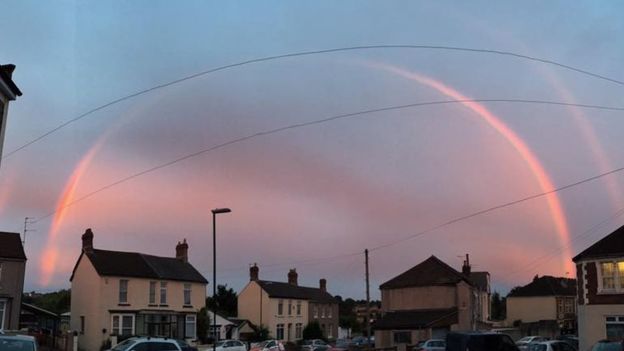 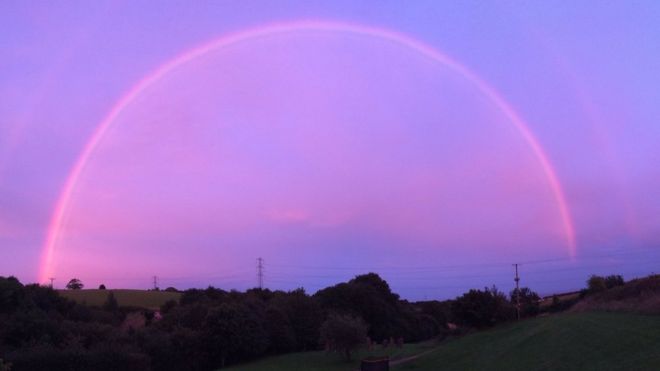 “It’s a pink rainbow caused by the scattering of sunlight in drops of water in the atmosphere, refracting the sunlight, decomposing it into different colors,” he explained.

“The second component is the pinkish shade of the sunset, which arises from the fact that the sun’s rays as they approach the horizon have to pass through a much thicker layer of the atmosphere,” said Simon King. “As a result, colors with shorter wavelengths are violet, Blue, green – weaken more strongly, and we see only pink and red, which give the rainbow a pinkish color. “