In the sky over Japan appeared a strange cloud-funnel 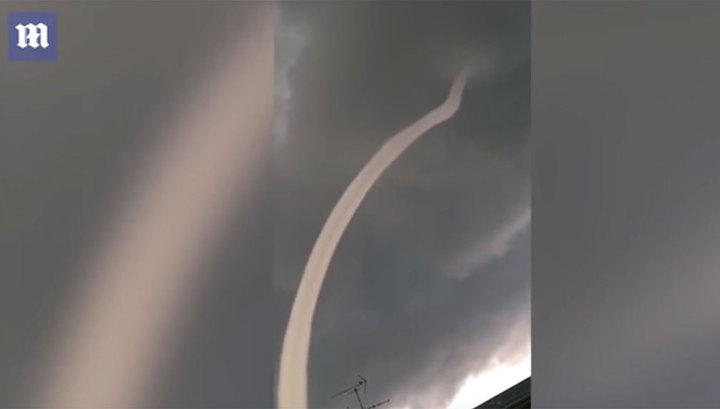 In the sky over Japan was noticed a rare atmospheric phenomenon – cloud-funnel. Such clouds sometimes represent the initial stage of tornado nucleation, although they usually dissolve in the atmosphere without causing any harm.

The cloud was photographed over the city of Niigata in the central part of Honshu Island. Witnesses described the seen spectacle as “bewitching.”

The record shows how a pale cloud in the form of a rotating pipe rises up against a background of dark thunderclouds. Then it starts to gradually dissolve, starting from the lower end, and after a few seconds completely disappears in the air.