In the Smolensk oblast storm hit 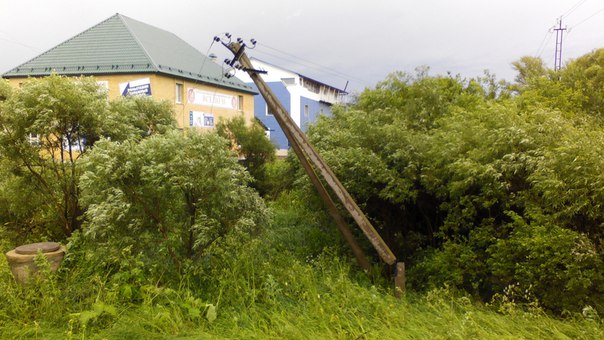 In the entire territory of the Smolensk region was declared a storm warning. According to weather forecasts, preserving the rest of the day and night 22.06-West of the Smolensk region are expected thunderstorms, with strong winds of the southern quarter, with gusts of up to 12-17 m/s In some areas there is a deterioration of weather conditions – the passage of a storm front, accompanied by rain and strong winds.

Severe weather conditions cause failures in the network branch of IDGC of Centre – “Smolenskenergo” which led to disruption of power supply.

At the moment the specialists of Smolenskenergo actively engaged in emergency repair work on elimination of technological failures, power supply which was disrupted by the elements. To reduce the time of elimination of consequences of bad weather in Smolensk region sent additional operational crews from neighbouring branches of IDGC of Centre – Bryanskenergo and Tverenergo.

The most widespread disconnection was recorded in the city of Dorogobuzh, p. Izdelkov, as well as on the territory of the Gagarin, Safonovo, of Vyazma, Smolensk and Novoduginskaya districts. Is almost not affected by the wind electric network of the Western regions -Demidov, Rudnya, Velizh district, the side element bypassed Ershichskogo district. “According to eyewitnesses, the wind took down the roof, broken supports, in Vyazma whole street was littered with trees. We are in continuous mode are quickly and restoration work that will continue until the full restoration of supply to all consumers. By lunchtime, the element reached the Eastern districts, where the storm and rain are in progress,” commented Deputy chief engineer for operational and situational management, head of network control Center Smolenskenergo Sahib Bruno.

At 13-00 in the branch of IDGC of Centre – “Smolenskenergo” was introduced mode of increased readiness (RPG). The company has a headquarters for disaster relief under the chairmanship of the Director of the branch Sabir Agamaliev. The specialists of the branch are in a continuous collection of factual data in the areas adjacent to major energy facilities, organized rapid monitoring of equipment of all substations, and ensured the readiness of operating personnel to conduct rescue and recovery operations.

More information about the reconstruction works to the clock on the phone line of power engineers 8-800-50-50-115. The call is free.