In the south of Russia, because of the heat, natural fires broke out 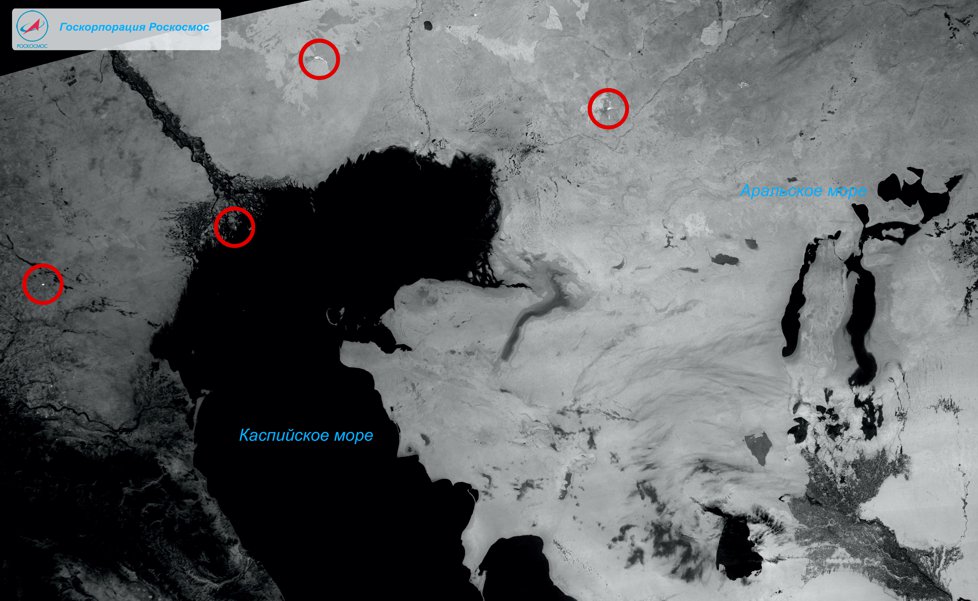 The Russian spacecraft “Kanopus-V-IC” put into orbit transferred to the scientific center for operational monitoring of the Earth the first picture made with the equipment of a multichannel radiometer of the middle and far infrared ranges.

Photographs of natural fires in the Rostov and Astrakhan regions, as well as in Kazakhstan, have come into the picture. In these regions, now the terrible heat – the temperature reaches 43 degrees.

“The canopus-V-IC equipment operating in infrared ranges can detect various thermal objects, including fires with an area of ​​only 25 square meters,” Roskosmos said in an official statement.

The Russian satellite, put into orbit on July 14 by the Soyuz-2.1A carrier rocket and the Fregat upper stage, is designed to monitor technogenic and natural emergencies.

The device is capable of detecting fires of forest fires, recording large emissions of pollutants into the atmosphere, monitoring of agricultural activities, natural (including water and coastal) resources, and mapping.