In the southern Philippines, an earthquake of a magnitude of 5.9 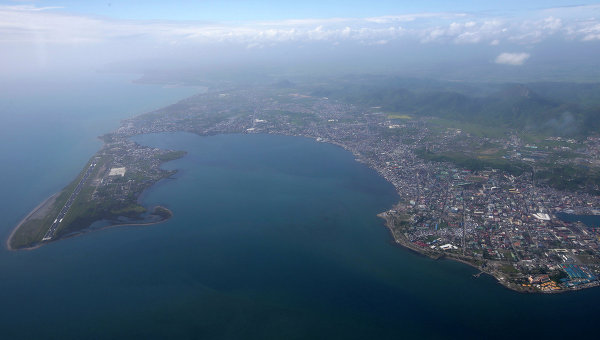 The earthquake of a magnitude of 5.9 occurred on Sunday morning in the southern part of the Philippine archipelago, according to the US Geological survey (USGS).

Tremors were recorded at 10.38 local time (05.38 GMT) eight kilometres South-West from the settlement Lenihan (Lapinigan). The focus lies at a depth of 12.4 kilometers.

Two of the world’s largest archipelago — Indonesia and the Philippines — are part of the so-called Pacific ring of fire: plate forming the bottom of the Indian and Western Pacific oceans, come here under the Asian plate. As a result of earthquakes on the territory of these two countries experiences frequent earthquakes and volcanic eruptions. In July 1990, an earthquake of magnitude 7.8 in the Northern part of the Philippines claimed the lives of more than 1.6 thousand people.