In the Tyumen region of Russia, the child fell into a karst failure 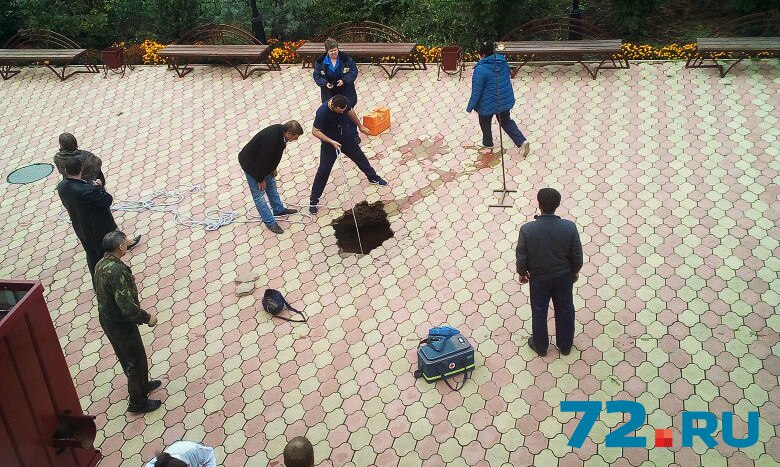 The dip of the soil depth of more than 3 meters occurred on the territory of school No. 2 in the village of Vikulovo in the Tyumen region.

On September 13, an eight-year-old schoolboy fell to the ground. Rescuers found him already dead.

– An ambulance was called in at 12:05, but, unfortunately, the child managed to get it much later and already ascertain death, – said Alexander Malygina, a spokesman for the health department of the Tyumen region.

– Pit, where the child fell through, appeared right in the pavement, in the schoolyard. The boy could not find about an hour and a half, – said an eyewitness of the incident, a resident of the village Vikulovo. – At the time when he fell under the ground, several more children were running nearby. And then they started shouting: “I fell down, I fell!”. The teacher was there too. Everyone ran to failure, they thought that they would immediately help. But they could not find the child, the pit is deep. Then came the Emergency Situations Ministry, the ambulance and other services: the police, investigators, prosecutors.

As reported by the press service of the regional governor, Vladimir Yakushev held an emergency meeting on the tragedy. The causes of the incident are being clarified. At the site of the emergency, investigators together with the criminalists of the regional SC are studying the circumstances of the incident and find out the possible reasons. A corner case was opened on the article “causing death by negligence”. The investigation continues.