In the UK, there was a spectacular “dust devil” 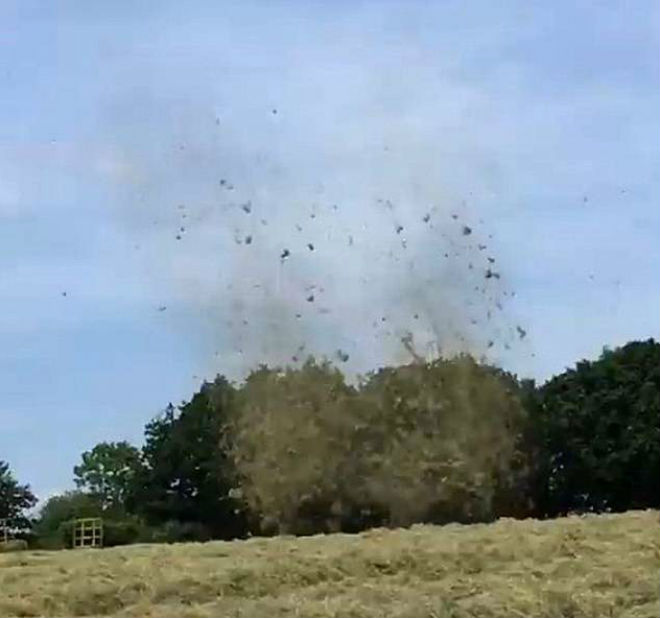 A dusty whirlwind, also called a “dust devil”, was observed in Devon, UK.

A rare natural phenomenon was captured in the photo and video. A whirlwind up to 60 meters high appeared in the village of Stiklpat in the Dartmoor district.
Meteorologists have confirmed that it was a “dust devil”, which is formed when in hot weather the cold air hits the ground sharply and rises in the form of warm air. A thrombus with a height of several to 20 meters raises sand, dust, pebbles, small objects from the surface of the earth and can carry them over considerable distances.

“Dust Devils” look like a tornado, but they are usually harmless, only in rare cases they grow to huge proportions and pose a threat.