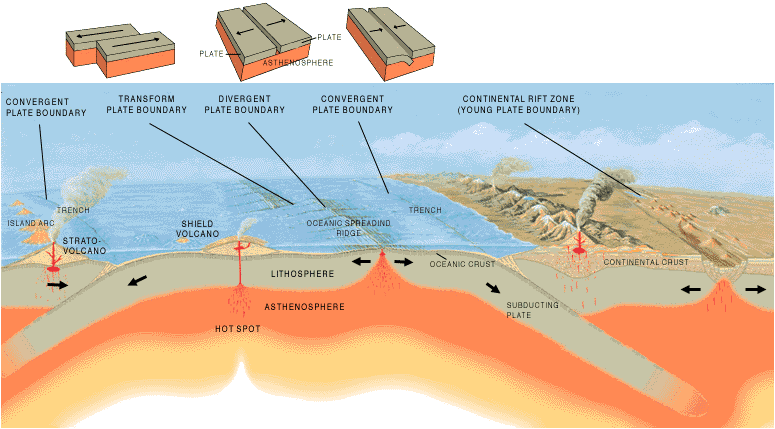 June 7 on the Pacific coast of the United States began large-scale exercises associated with a high probability of a powerful earthquake and ensuing tsunamis in the subduction zone the Cascadia. For several days the various services that will fulfill the scenario of occurrence of such situation.

Exercises Cascadia Rising will continue for 4 days. According to the scenario of a powerful earthquake occurred 120 km off the coast of Oregon, magnitude jolt was at least 9 points on the Richter scale. After the cataclysm in the underground city, the U.S. was hit by a giant wave. As a result of the cataclysm. were destroyed many buildings, destroyed roads and communications, has killed tens of thousands of people.

The exercises began with an SOS message broadcast on all forms of communication and sirens alert. The purpose of such large-scale exercises to check the readiness of rescue services, the police and other organizations for action before and after the cataclysm. The exercise was attended by 20,000 people from various Federal agencies, US armed forces, agencies for the prevention of natural disasters from the States of Washington, Oregon, Idaho and representatives of the emergency management of British Columbia.

According to preliminary calculations of the consequences of the earthquake, immediately after the shock of the destruction of the buildings killed at least 1,200 people and over 13,000 people will die as a result of the arrival of tsunami waves, and 24,000 people will receive injuries of varying severity.

As a huge number of predictable victims of the earthquake and became the reason of mass character of these teachings. All services must clearly act on a pre-designed plan. The national guard of the state of Washington, must immediately create a mobile headquarters and ensure delivery of medical supplies and field hospitals to the accident site. 1400 rescuers should immediately begin extracting victims from the rubble.

The danger of a cataclysm great as ever. Scientists have long been tracking the growing activity in the giant Cascadia fault, which stretches for 900 km and stretches along the entire Northwest Pacific coast from Northern California to Vancouver.

According to calculations of scientists, every 250-300 years, the energy accumulates in the depths of the rift breaks out, producing devastating earthquakes of great strength and giant tsunami waves following them. The last such cataclysm occurred in 1700, and this means that the deadline for the new has come and the account goes on for years, perhaps for months or even days.