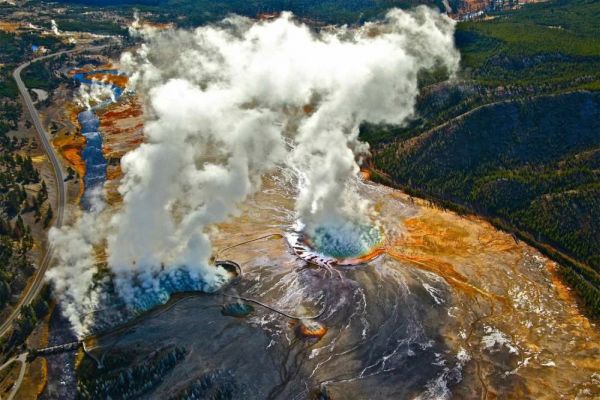 Over the past month, scientists recorded 113 earthquakes in Yellowstone Park in the United States, which may indicate an early eruption of the Yellowstone volcano.

The strongest shocks reached 2.9 points. Experts say that a possible eruption is indicated not so much by the strength of the shocks, but by their number and regularity. If the number of earthquakes increases, this indicates the movement of magma to the surface of the earth, that is, the voltage inside the volcano increases, and it can explode at any second, says Professor Scott Burns.
However, other experts believe that in the case of Yellowstone, such shocks are normal, and all this is not evidence of magma movement.

Yellowstone National Park in the United States, named after the volcano of the same name located on its territory, is located mainly in Wyoming, partly in the states of Montana and Idaho. Today, many scientists fear a violent eruption of the volcano, which could damage most of the United States.