In the US, a powerful storm collapsed 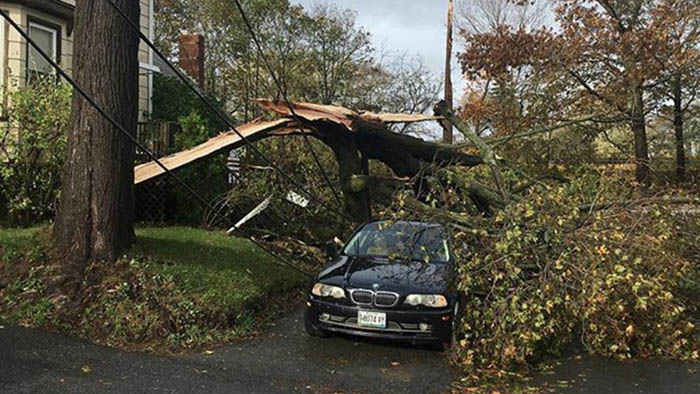 1.5 million buildings were left without electricity in the US New England region as a result of strong winds and heavy rains.

Dozens of homes and cars in Massachusetts are damaged due to fallen trees. In some cities, school was canceled, train traffic was delayed.

Representatives of the energy companies of the state of Massachusetts are trying to restore the supply of electricity to the most important facilities, such as hospitals and shelters, the newspaper notes.

Heavy rains, accompanied by a strong wind, hit the part of the eastern coast of the United States on Sunday. The storm winds down trees, in some areas wind speed reaches 60 miles per hour (about 96 kilometers per hour).

It is expected that due to non-winding winds, power outages can continue. Weather forecasters advise local residents to charge their mobile phones in advance and store their lanterns. In some areas of New England there were flooding, say weather forecasters.