In the US, a shark attacked a girl on the beach 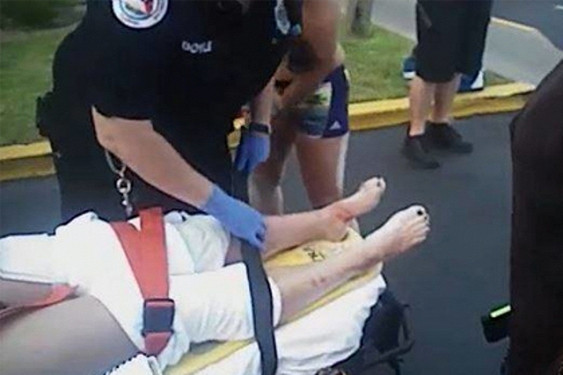 An unusual case occurred on one of the beaches of Florida, where a 17-year-old girl was resting on the beach with her mother and friends.

When she came into the water to the waist, she saw that something was approaching her, she thought that it was a dolphin and began to come out of the water ashore. But it was not a dolphin, but a shark one and a half meters long, which attacked the girl at the very shore in shallow water.

The shark grabbed the girl in the leg and from her death saved only that she did not get confused and hit the shark with her fist on the nose, after which she unclenched the jaws and the girl was able to run to the shore.

According to the doctors, the girl was very lucky. Shark teeth tore the leg in 6 places, but did not touch the femoral artery otherwise it would end with death from loss of blood.