In the US, expect a second wave of high water after the hurricane “Florence” 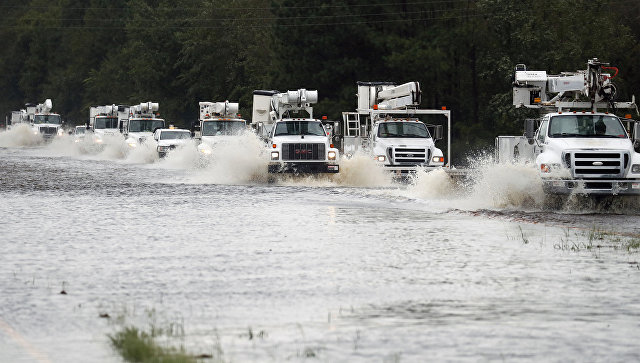 The second wave of flood after the hurricane “Florence” is expected in the states of North and South Carolina on the east coast of the United States, warns the National Weather Service.

“The upper reaches of rivers in North Carolina have reached their peak (water level – Ed.), But prolonged flooding is projected in the lower reaches,” the National Weather Service on Twitter reported.

In turn, Governor of North Carolina Roy Cooper warned the inhabitants of the state that the exit of rivers from the coast will continue for a “few days”. In this regard, he urged people not to rush to return to their homes, especially since in many places the supply of electricity has not yet been restored. According to the latest data, about 120 thousand people are still without electricity.

On the eve of the affected areas, US President Donald Trump visited. He warned residents of South Carolina that they “are in for a harsh test,” and promised to continue to provide federal assistance. Now about 20,000 federal employees and military personnel take part in this work.

North and South Carolina were in the center of the hurricane “Florence”, which hit the country on Friday. The hurricane eased first to a tropical storm, and then to a tropical cyclone, which brought large precipitation. As a result, significant areas were flooded in both states, as well as in neighboring Virginia. According to the latest data, the number of victims of the disaster is 36 people. More than eight thousand people remain in the evacuation centers, reports the American Red Cross.

In the elimination of the consequences of the elements, the National Guard servicemen are involved, who use water vehicles, food and medicines for off-road vehicles and helicopters.