In the US, powerful storms are raging 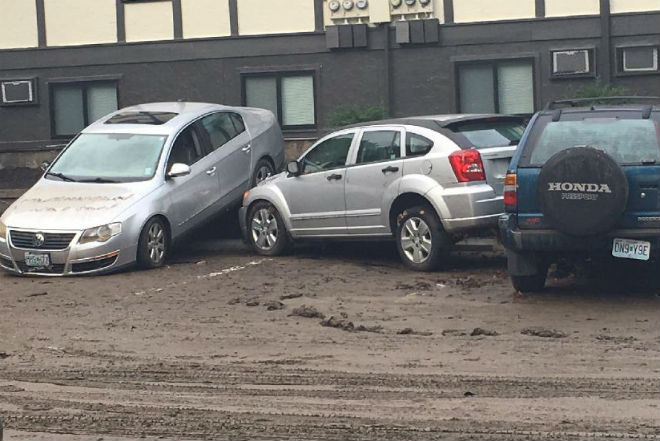 Powerful storms passed through the South and the Midwest of the USA, causing floods in a number of areas. As a result of difficult weather conditions, trees were felled and houses damaged, reports The Weather Channel.

In the area of ​​a small resort town of Marco Island in Florida in just 12 hours fell more than 15 cm of rain. Several cars on Tuesday morning found themselves in water traps on flooded roads.

Driving through high water and around barricades is dangerous. #marcoisland #flooding #stuck pic.twitter.com/818RgPN8vS

On the Pitt County in North Carolina on Monday evening, a tornado swept past. As a result of the violence of the elements, at least two houses and an economic building were damaged. The wind speed reached 145 km / h. Fortunately, everything went without sacrifice.

Donnie Cox just sent me this tornado footage WCTI got from a viewer in Pitt County, NC tonight.

In Louisville, Kentucky, on Monday evening, a powerful wind knocked down century-old trees, which resulted in the damage of several cars and at least one house. The tree broke the roof of the building and fell on the sofa. Everything went without victims.

As the sun starts to come up, you can see more signs of last night's storm here in the Highlands. Do you have damage in your area? @WHAS11 pic.twitter.com/k1wVfZD8MU

In the city of Affon, Missouri, heavy rains caused a flood on Sunday evening. Several families were forced to leave their homes. Floodwaters flooded several cars.

Floods have also been observed in some areas of Tennessee.