In the US raging forest fires 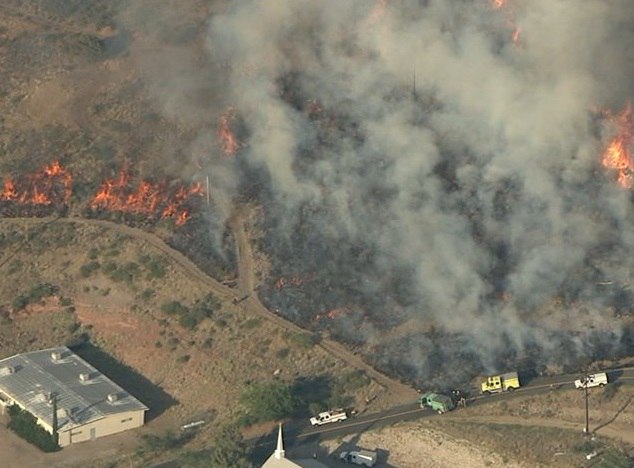 In the South-Western United States in Arizona due to the abnormally high temperatures started forest fires. In immediate danger at the moment is the long-suffering town of Yarnell, which has suffered from forest fires in 2013.

Currently the fires is very close to the city in the mountains of Tenderfoot, because of what the people of Yarnell, which is about 650 people, was evacuated. Fire threatens Northern and Central parts of the town.

At the moment the fire burned three outbuildings. The fire destroyed about 120 acres of vegetation. The reason of ignition is established. The fire planes and helicopters dropping water are actively trying to protect the town from the advancing fire.

In 2013, when fighting outside of Yarnell killed 19 firefighters. The city then burned 130 houses.