In the US, several houses collapsed into a funnel crater 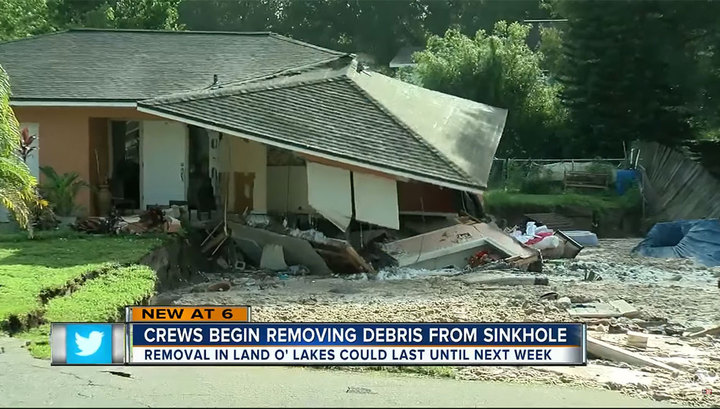 The authorities of the American city of Lend-o-Lakes, Florida, eliminate the consequences of the catastrophe, which resulted in the deaths of residents of several houses. Because of the sudden failure of the ground beneath the ground were several cottages together with all the contents. Rescuers retrieve people’s belongings from the formed pit.

The funnel in Lend-o-Lakes was formed in mid-July, but a huge pit reached a catastrophic scale only by the beginning of August. At the moment, the depth of the fault is 19 meters, and its diameter exceeds 100 meters.

Rescuers have removed from the ground a few kilograms of important things residents of cottages. Among them – computers, documents, household appliances and clothing. Affected inhabitants of Lend-o-Lakes are going to move to another city.

“We no longer feel safe here,” said one of the locals who lost their house.

At the moment, several cars are still underground. The city authorities can not yet say when the failure will be completely eliminated.