In the US, they shot a double water whirlwind 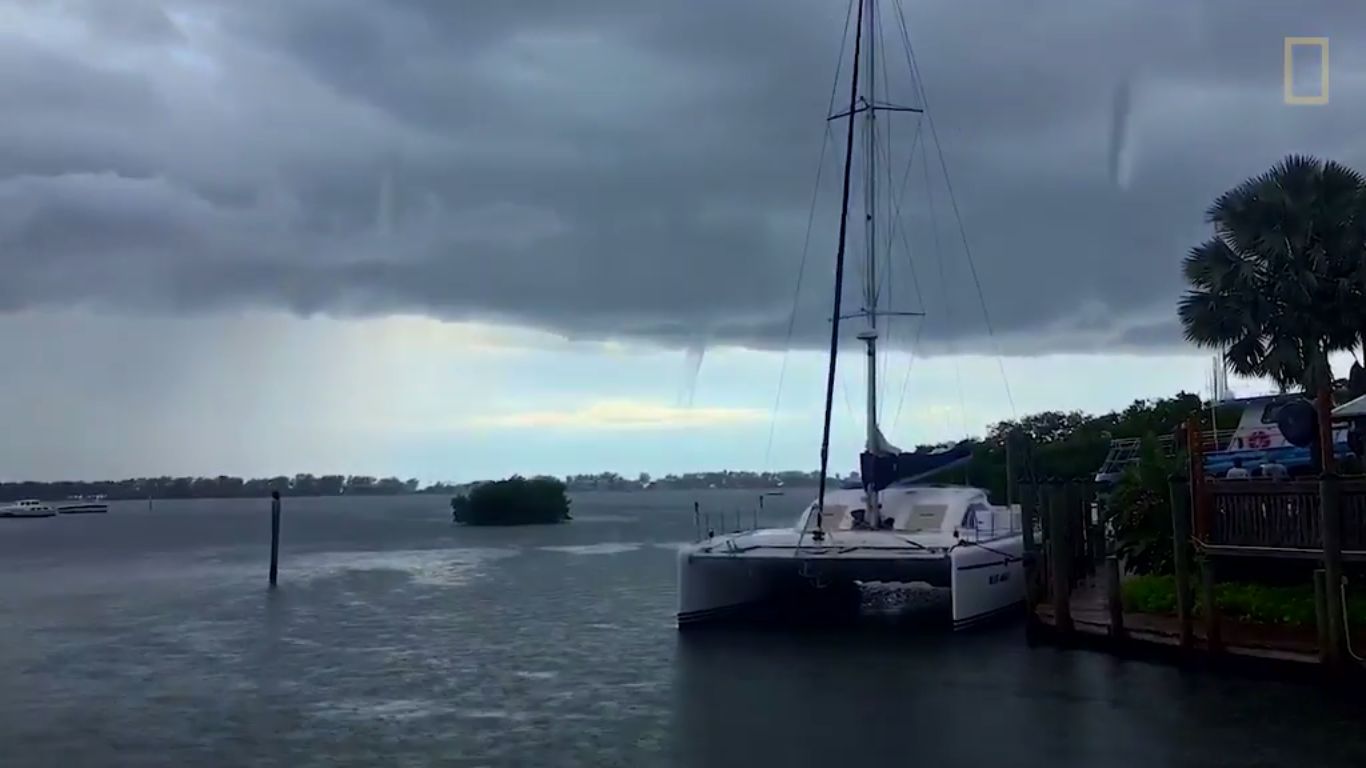 As can be seen on the roller removed from the coast, the atmospheric funnels, located less than half a mile from each other, gradually thickened, becoming more dense and integral.

According to the local news station Fox 13, after its final formation, tornadoes headed west. This time there were no casualties, but they are not always so harmless.

For example, in 2015, two friends watched the storm from their home in New Jersey, when suddenly a flood of water and wind poured into them. The tornado attacked their dwelling, scattering everything around.

So where do these water columns of rotating air come from?

National Meteorological Service divides them into two categories: tornadic and arising in good weather. Tornado water tornadoes, as the name implies, are formed on the ground and become watery when moving on water. Water tornadoes with good weather develop over open water and move upwards. By the time the funnel becomes visible, such a tornado is nearing completion and is likely to dissipate soon.

Both types of tornadoes appear more often in warm and humid regions, such as Florida. Despite their attractive appearance, water tornadoes, especially tornadic ones, can pose a mortal threat. The National Oceanic and Atmospheric Administration advises to be especially careful when meeting with them.