In the Vologda region of Russia was hit by the tornado

17 Aug, above the village of Klimovskaya of the Cherepovets district of the Vologda region swept a real tornado. A huge funnel of atmospheric vortex, the villagers watched 14 hours of the day. Immediately rose Gale-force wind, which began to bring down trees, blow off roof.

“We are at this point in the house sitting and didn’t realize what the noise was and what was going on. Then bright shone the sun, and we were the rain and the noise was like a train hurtling at 10 inches away from the Windows,” – shared her impressions Natalia Guseva. 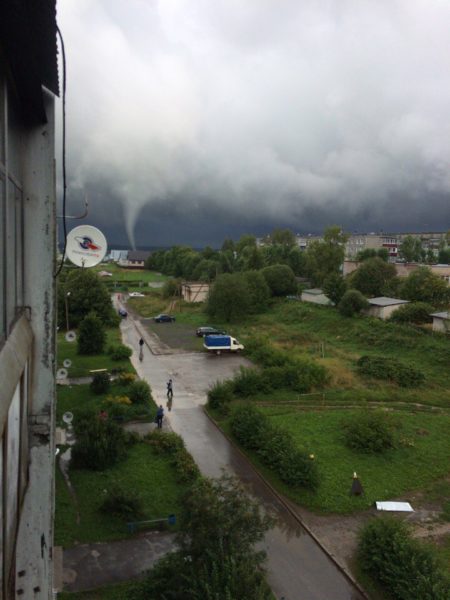 Commented on the appearance of a tornado in the region and specialists of gidrometeobyuro. According to them, the tornado had nematoctonus origin. This vortex, which is formed during strong storms in the clouds during the outflow of air.