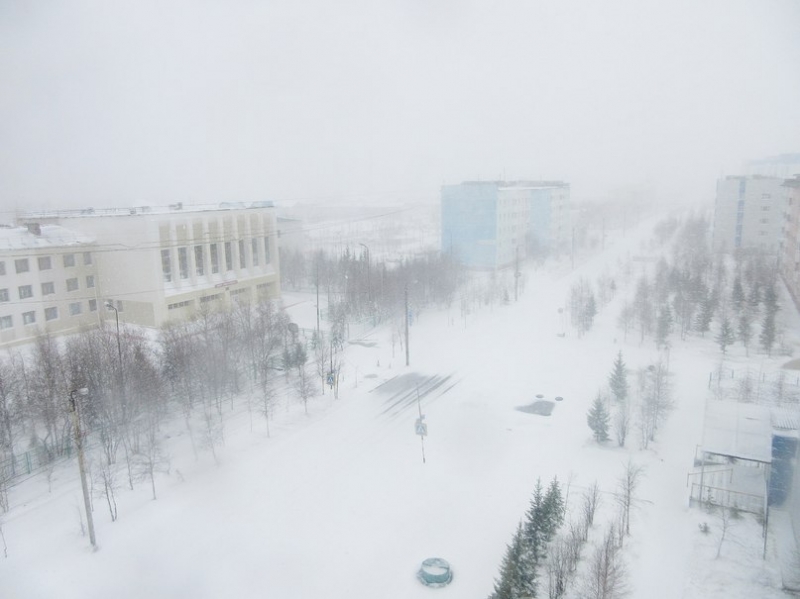 Here also there has come long-awaited Summer! The Temperature Is -2 °C. A Blizzard. Wind (5 m/s) blowing from the North-northeast, gusts of 14 m/S. the Snow is strong. Horizontal visibility 0.2 km, and In General all the signs of Summer on the face! the village Pangody nadymskiy rayon 1 June 2016.

The region has a storm warning. Wind speed, June 1, in Nadym was 15 m/s, with gusts up to 22 meters per second. Squally wind tore the cover off several of the roofs of houses, broke trees and tore down traffic signs. In addition a strong wind ripped into two halves tent Omsk circus “Aurora”, the beginning of the tour which is scheduled for tomorrow, June 2nd. 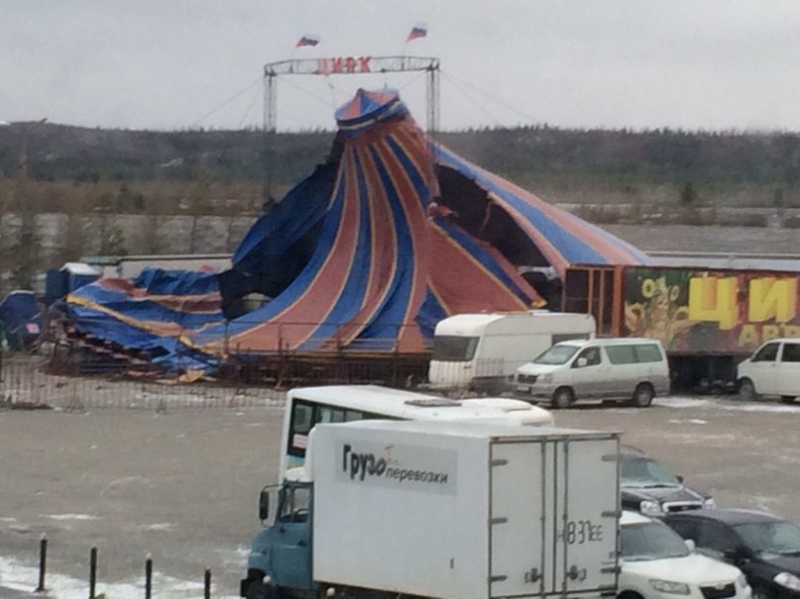 The tent was demolished during its installation. The diameter of the tent is about 25 meters, it was finally fixed. Residents of Nadym filmed the incident on video, which was posted on social networks.