In the Yamalo-Nenets Autonomous district, the epidemic spreads anthrax 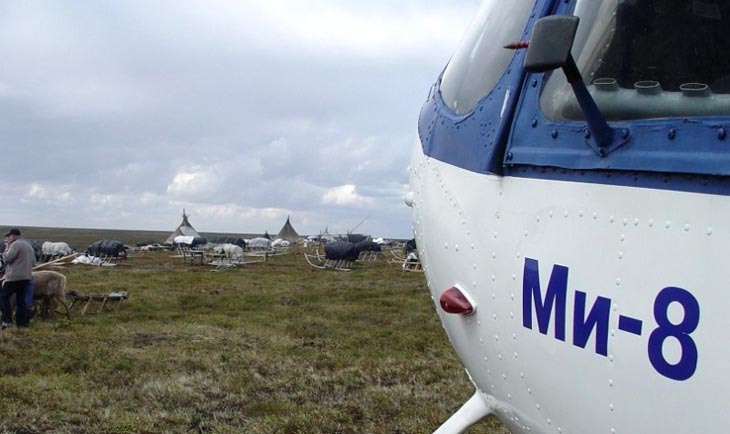 In the Yamalo-Nenets Autonomous district (YANAO), the first recorded fatal case of anthrax poisoning from infection died, twelve-year-old boy from a family of herders. In addition, officially confirmed the infection of eight people. The authorities of the Yamal-Nenets Autonomous district reported that the focus of infection is localized, under the supervision of doctors are 211 of the tundra-dwellers, 4.5 thousand deer vaccinated. According to the forecasts of GU MCHS po YANAO, the deterioration of sanitary and epidemiological situation may increase the number of cases up to 30 people.

In a press-service of the Governor YANAO confirmed the first death from anthrax. In Salekhard the hospital from an infection passed away twelve-year-old boy from a family of reindeer herders of the Yamal. Tests for anthrax taken from hospitalized tundra a week ago, tested positive in eight, including three children. Salekhard is now in the hospital under observation, is 72 people, including 41 children from Yar-Shalinskoi tundra. Preventive treatment get 211 people were evacuated from the quarantine zone and close to the site of infection areas.

July 25 in the region had imposed quarantine in the outbreak of anthrax. Infection recorded after the mass mortality of deer in an amount of 1.2 thousand heads in Yamalskiy district. The dead animals were discovered anthrax spores. According to preliminary data, in search of food they have unearthed the burial place of the previously deceased from infection of the animal. In a recent outbreak of anthrax was recorded on the Yamal Peninsula in 1941. In fact the spread of infection TFR conducts a preliminary examination. Now on a place of infection in the tundra working military units of the defense Ministry, the emergencies Ministry and experts from the Ministry of health of the Russian Federation. In total, the region delivered 2 thousand doses of vaccine for the population.

According to recent data, mortality of reindeer in the region amounted to more than 2.3 thousand heads. At the moment all 4,5 thousand vaccinated deer that were in the focus of infection. It is planned to vaccinate about 41 thousand animals on the territory of the YNAO. “The danger of the infection spreading to other regions is not”— said the press service of the Governor YANAO. The Ministry added that the disposal of dead animals by burning.

Meanwhile, the Directorate of the MOE in the area predicts that the deterioration of sanitary and epidemiological situation may increase the number of cases up to 30 people, and the death of the deer can continue.

In neighbouring regions, measures are taken to prevent the spread of infection. In the Khanty-Mansi Autonomous district from July 28 began vaccinating residents of areas near YANAO. According to the press service of the government of KHMAO, for these purposes, sent 500 doses of vaccines. Vaccination for occupational risk groups of the population working in the animal economy, will hold in the Tyumen region reported in the regional Department of Rospotrebnadzor. The Rosselkhoznadzor administration for the Sverdlovsk region, July 29, strengthened control over the import of animals and animal products from the Yamal-Nenets Autonomous district.