In the Yellowstone river, discovered a deadly parasite 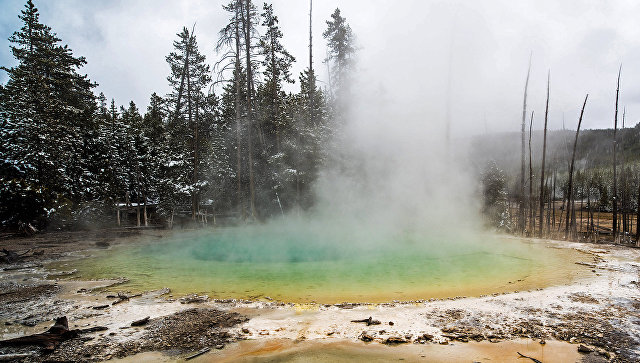 The river Yellowstone that feeds the eponymous national Park, was struck by a deadly parasite that causes kidney disease in fish, from which the authorities of the state of Montana closed it for nearly a third of its flow.

The Yellowstone river with a length of 1.1 thousand kilometers is the main waterway that runs through the territory of Montana and Wyoming. It empties into the Missouri, and feeds large parts of the Rocky mountains in the Northwest United States, including Yellowstone national Park with its amazing ecosystems, into boiling lakes and geysers. The water of these lakes flows into the river.

This week, scientists and conservation service of the United States found that the fish at nearly 300 km stretch of this river is massively dying from not named the parasite, damaging their kidneys. A total of ecologists has removed over two thousand dead fish of commercial species, and about 20 thousand heads, the current estimates of environmentalists, rotting in the waters of the river.

Mass mortality of fish has forced the authorities of the state of Montana to close over 294 kilometres of the river from tourists and anglers to prevent further spread of the parasite. It is not clear penetrated a parasite in the lower reaches of the Yellowstone and Missouri. Now ecologists collect samples of fishes from tributaries of the Yellowstone and Missouri in an attempt to find the boundaries of the contaminated area.

The closure of the river in the fishing season by a few weeks or months, according to Governor Steve bullock (Steve Bullock), will cause significant harm to its economy, as well as fishing and other forms of tourism was one of the main sources of income for residents of Montana.

Environmentalists stress, yet the problem is not touched upon with Yellowstone national Park and its ecosystem are safe parasite is unlikely to spread upstream without the help of the man himself in the form of fishermen and their gear. For this reason, scientists are continuously monitoring the status of flora and fauna in Yellowstone and the activities of the fishermen to ensure full security.