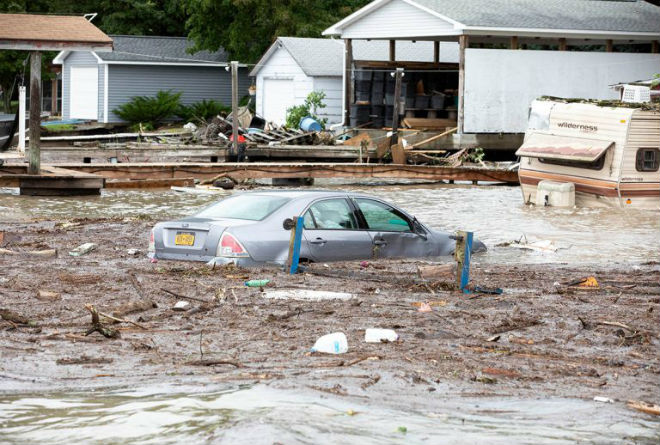 In the past few days, torrential rains and floods have affected part of the eastern US states, triggering evacuation.

New Jersey Governor Phil Murphy declared a state of emergency in five counties (Bergen, Essex, Monmouth, Ocean and Passeic) on Tuesday, August 14, after more than a month’s rainfall fell in some areas between 11 and 12 August.

Murphy noted that historical precipitation fell to some areas – up to 200 mm of rain. Numerous areas were flooded. People were forced to leave their homes.

Heavy rains also caused floods in the states of New York and Pennsylvania, people were rescued from flooded cars and houses.

Rescue groups were summoned to the area of ​​Lodi Park in Seneca County, where they evacuated about 50-60 people from various flooded camps and houses. Governor Cuomo later visited the districts of Broome and Seneca, where he reported that sudden floods and heavy rains damaged homes and property.

The Governor of Pennsylvania, Tom Wolf, announced on August 14 a state of emergency in seven districts – Susquehanna, Bradford, Wyoming, Sullivan, Columbia, Skulkill and Lakavanne. In many areas roads are blurred, houses are damaged.