In Transbaikalia and Buryatia increasing the area of forest fires 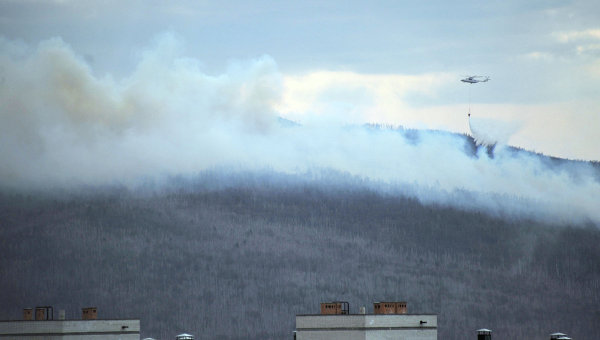 In Zabaikalsky Krai and Buryatia burning forests. Over the past weekend the fire area has increased significantly: in Buryatia in 2 times, and in Zabaykalsky Krai 4 times.

Increase the area of forest fires contributed to unusually hot weather and a wind storm. Last week in Buryatia there was a high temperature, the air was heated to +40 degrees. Currently, a little freshened, have passed short rains. However, in the region the number of fires remains high – 14 was active foci. In addition, fire is and on especially protected natural territories: in Dzherginskiy and the Barguzinsky nature reserves.

Heavy fire situation and in Transbaikalia. There are six areas, there were eight forest fires. In the region now operates a state of emergency. Until July 25, forbidden to visit the forest. The main reason of fires – dry thunderstorms. And extinguishing the fire in the forest much more difficult because of the mountainous terrain that lacks roads and water sources.

In the coming days the rains will help to fight the fire. In Zabaykalsky Krai places will pass rains, showers, thunderstorms, day 25..30. In Buryatia, a small intermittent rain, storms, morning fogs, the wind in some areas 10-15 m/s, +24..29.